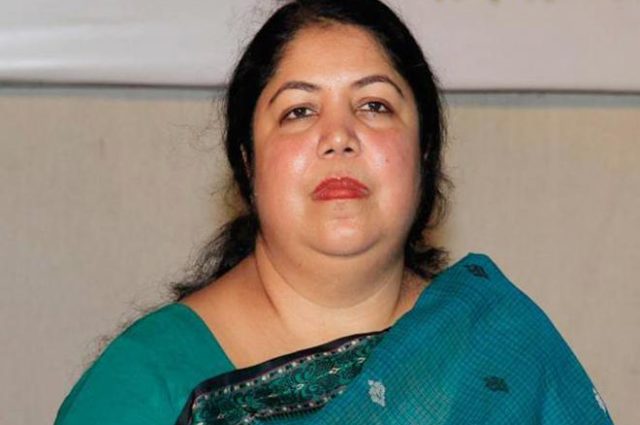 Former Supreme Court lawyer, Shirin Sharmin Chaudhury, is the first ever woman to take the top job in the Bangladeshi parliament and also the youngest.

A keen campaigner for women’s rights, she described her appointment as “as an outstanding milestone in the empowerment of the country’s women”. In her new role, she reportedly said she aims to broker a dialogue between the ruling Awami League and the Bangladeshi National Party (BNP) – the two parties are currently in political deadlock and the BNP opposition has been boycotting parliament.

Dr Chaudhury was first elected to the Bangladesh parliament in 2009 as a member of the Awami League Party on one of the 50 seats reserved for women. Before taking up the post of Speaker, Dr Chaudhury served as Minister for Women and Children Affairs which saw her involved in efforts to tackle violence against women, including the finalization of a law on domestic violence.

Prior to entering politics, Chaudhury had a distinguished legal career serving for 15 years at the Supreme Court, where she worked on many human rights cases involving constitutional issues. In 2000, she earned a PhD in Law after winning a Commonwealth scholarship to study at the University of Essex in the United Kingdom. Later she was a panel lawyer for Sheikh Hasina, then opposition leader of the Awami League and now Prime Minister when she was arrested on charges of murder and corruption by the army-backed care-taker government of 2007-2008.

Chaudhury was awarded Asia Society’s Humanitarian service Award in 2010 in recognition of leadership in advocating the elimination of violence against women and supporting women’s empowerment and employment in Bangladesh.