Women Political Leaders Summits are the unique largest worldwide gatherings of female politicians, including some of the most powerful leaders. Women political leaders are responsible for making decisions that affect citizens in their country and beyond. When gathering on the occasions of WPL Summits, delegates discuss how to handle many of the world’s greatest and most complex challenges.

The themes and topics of the WPL Summits respond to the big questions confronting politicians and the public, as well as forecast key drivers which are set to impact people’s lives.

It is the commitment, the experience, and the energy of several hundred female politicians bringing their national and regional solutions to the global stage which creates the relevance of WPL Summits.

The result is profound scrutiny of societal issues which translates into proposals to ensure the construction of a flourishing society.

This outcome of each WPL Summit translates into a WPL Summit Declaration. These are meant to pave the way toward eliminating inequalities between women and men.

Women Political Leaders successfully builds connections between female politicians and leaders alike who constitute a global network of nearly 10,000 female leaders. WPL initiates progress by convening women political leaders who have the drive and the influence to create positive change, thereby influencing many lives through this process and creating spaces for women to share their voice in politics.

Women Political Leaders (WPL) is the global network of female politicians. The mission of WPL is to increase both the number and the influence of women in political leadership positions

Through their actions they demonstrate the impact women in political leadership can have on other women, society, and the next generation of politicians through their daily activities, thereby calling for more women to join politics.

Women Political Leaders relies on the contribution of impactful female leaders who have the necessary insight and motivation to join politics. This page offers a collection of stories which illustrate this determination.

No glass ceiling was ever shattered by simply complaining.

The G20 group of countries represents nearly 90 percent of global GDP and 80 percent of global trade; at G20 meetings, leaders define initiatives aimed at global growth and development. Like many international fora, the G20 is a male-dominated space with a very limited representation of female leaders.

On 29 June 2019, Silvana Koch-Mehrin, President & Founder of WPL, together with Yoko Kamikawa, WPL Ambassador in Japan, and Shinako Tsuchiya, Chair of the Committee for the WPL Summit 2019 in Japan, handed over to Shinzo Abe, Prime Minister of Japan and President of the G20, in the presence of the G20 leaders the conclusions of the first-ever WPL Summit held in the Asia-Pacific region.

These conclusions, distilled in the WPL Summit 2019 Outcome Declaration, express the views of several hundred female politicians gathering on 25-27 June 2019 in Tokyo for WPL Summit 2019. They agreed that SDGs can be achieved by 2030 only if equality between women and men is achieved. They also agreed that parity is the GOAL, parity which mirrors that half of society are women.

On 29 June 2019 in Osaka, during the G20 Leaders Special Event, WPL asked the worldwide leaders to ensure parity and to ditch laws that treat women and men as not equal.

In 2017, during Germany’s presidency of the G20, WPL hosted the WPL-G20 Roundtable: “Digitalisation: Policies for a Digital Future” on 5-6 April in Düsseldorf, on the margins of the G20 Digital Ministers Conference.

Brigitte Zypries, German Federal Minister for Economic Affairs and Energy, and keynote speaker at the WPL-W20 Roundtable, then brought the high-level roundtable’s Outcome Declaration to the attention of the G20 Ministers to call for more women to lead the digital economy.

Minister Zypries highlighted how empowering women will improve the sustainability of G20 economies in shaping an interconnected world. It was also pointed out that to reach the G20 “25 by 25” target of reducing the female labour force participation gap by 25% by 2025, it is essential that member state policies address some key areas indicated in the Round Table Outcome Declaration.

On 8th March 2019, over 100 female leaders from 51 countries – belonging to WPL’s worldwide network of women politicians – answered the question What does a world with balance between women and men look like to you?

The female leaders struck the iconic #BalanceforBetter pose and offered up quotes about their vision for a balanced world where women and men have the same rights and opportunities.  Collectively, these influential women provided a tangible call for people across countries to help forge equality between women and men in politics and society. Their answers also served to inspire future generations of female leaders. WPL also  ran a parallel campaign on the #Girl2Leader initiative pages to inspire a new generation of female leaders, because change can’t happen without the younger generation.

WPL amplified the collective voices of women decision makers, and their statements were powerful. Female parliamentarians from 30 countries across five continents responded to Women Political Leaders’ call-to-action. WPL asked women politicians within its worldwide network to support its International Women’s Day #PressforProgress campaign by declaring on social media their ambitions for equality between women and men, and share the policy actions they are taking to achieve them.

The global WPL community stepped forward to reinforce its commitment to equality and share its progress. Parliamentarians engaged vast audiences and inspired future generations of politicians with their answers; they posted material for the WPL #PressforProgress campaign, each supported by a purposeful testimonial and personal insight.

In 2017, EU Ministers of Health took on board the recommendations of the Outcome Declaration resulting from the High-level meeting on Maternal Health and Refugee Women which took place in Malta (March 20-21) organised by Women Political Leaders, under the distinguished patronage of H.E. Marie-Louise Coleiro Preca, President of Malta (2014-2019), and in partnership with MSD for Mothers, transforming the high-level political commitment resulting from it into actions to further mobilise support in EU policy circles on maternal health.

The rise in maternal mortality rates among vulnerable pregnant women across Europe is underreported and greater political commitment is crucial to ensure equal access to maternal health care for vulnerable cultural subgroups in all countries of the European Union (EU) as levels of migration within and into Europe increase.

To create sustainable change you need political allies to act as change enablers. The Outcome Declaration and the Study carried out by by WPL and MSD for Mothers provided directions and shed light on how to enable vulnerable pregnant women to have access to maternal health care. 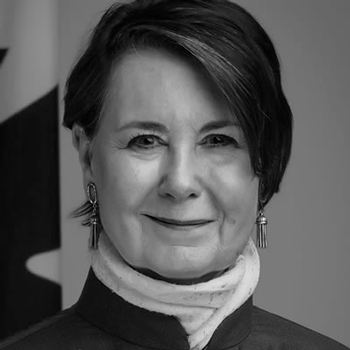 As a Canadian Senator, I have a responsibility to own the space that I occupy, and for me this means bringing my feminism into my role as a parliamentarian. This is why I co-founded the Canadian Association of Feminist Parliamentarians (CAFP), which launched in November 2018. Through CAFP, feminist parliamentarians are able to work together to advance our parliamentary work and our values as feminists: it is about recognizing that we do not have to leave our feminism behind. Forums for women involved in politics, including CAFP and Women Political Leaders, are critical because they provide a network of solidarity and support for the women and feminists who are owning the space they occupy – the stronger our voices are, the more power we have to create space in the tent for all.”