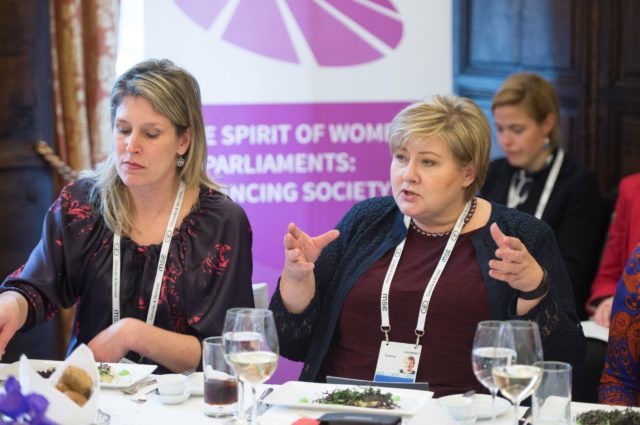 The Women in Parliaments Global Forum organised  the side event ‘’Securing the Homeland: Non-Traditional Threats, Non-Traditional Solutions’’, held during the 53rd Munich Security Conference (MSC) in Germany, on February 18th. The event, which had the support of EY, took place in the Bibliothek of the Hotel Bayerischer Hof in Munich.

Today, the lines between war and peace are more blurred than ever before. Boundaries of the battlefield are expanding to new domains. How can we prepare for new forms of war? The emerging security risks of the 21st century come from many angels; climate change, migration, religious extremism, viruses — both organic and computer. The threats now are not regimented invading armies, but individuals. Tackling these new challenges and their root causes requires new thinking.

This high-level luncheon debate aimed to tap into new sources of ideas. It gathered around 20 leaders, officials and experts in the field of defence and security.

Over the past five decades, the Munich Security Conference (MSC) has become the major global forum for the discussion of security policy. It brings together more than 450 senior decision-makers from around the world, including Heads of State, ministers, leading personalities of international and non-governmental organizations, as well as high ranking representatives of industry, media, academia, and civil society, to engage in an intensive debate on current and future security challenges.