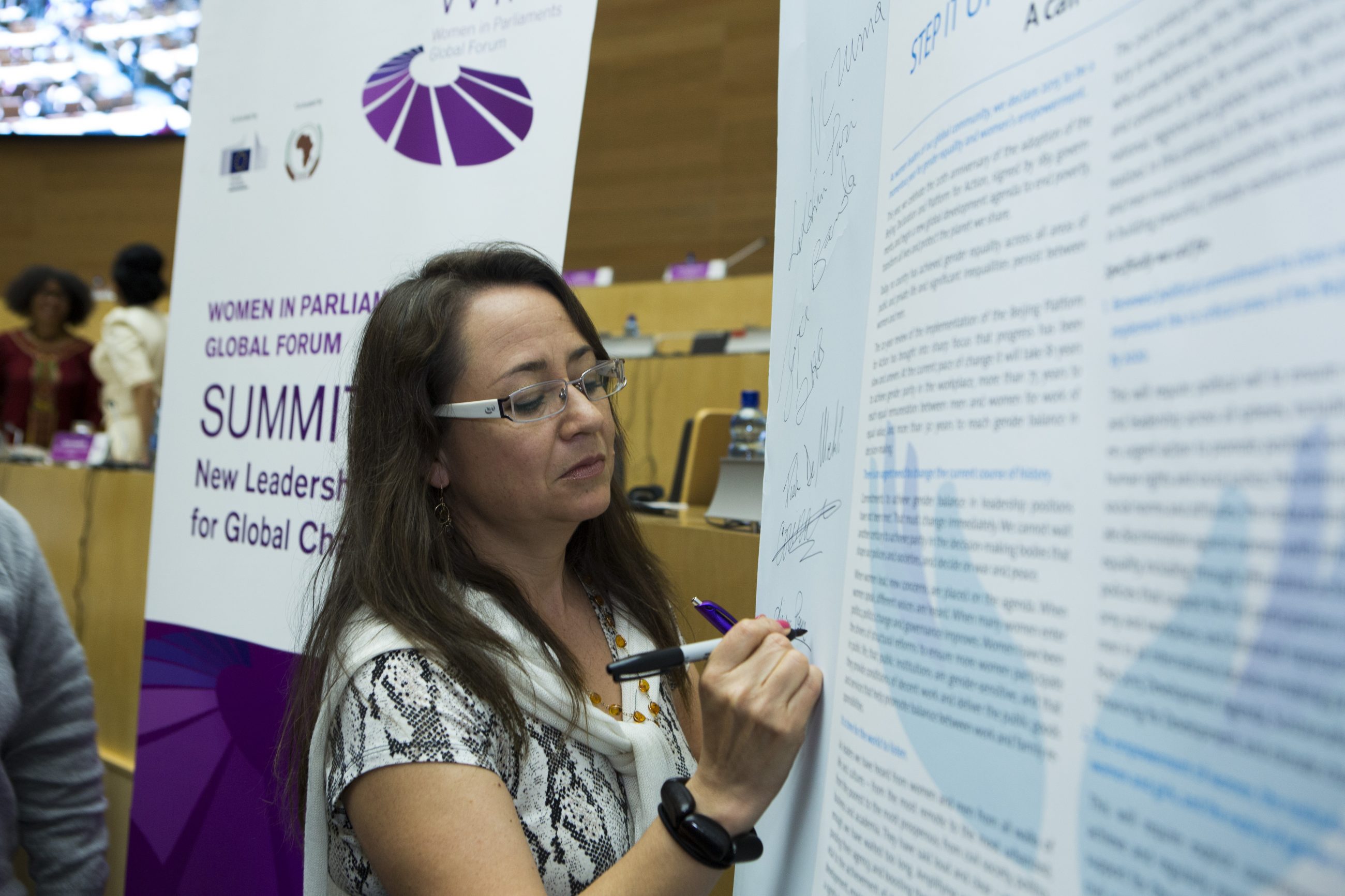 At the high-level event on “Women in power and decision-making: Building a different world,” held in Santiago, Chile, in February 2015, leaders of the world joined the Call for Action to step it up for gender equality. The Call to Action, initiated by UN Women and the Chilean Government, under the auspices of Michelle Bachelet, declares 2015 a momentous year for gender equality and women’s empowerment.

On 24 March, female Parliamentarians from all around the world supported the call for action to to speed up the changes to achieve full equality, by signing the Call for Action during the morning Session of the WIP Summit 2015 “New Leadership for Global Challenges”. The President of Chile, Michelle Bachelet, has contributed to the WIP Summit 2015 with a video message addressed to female Parliamentarians from all over the world.

The Call to Action focuses on three specific actions: Renewed political commitment to close remaining gaps and fully implement the 12 critical areas of the Beijing Platform for Action by 2020; the empowerment of women, the realization of human rights of women and girls, and the expiry of gender inequality by 2030; and an end to the funding gap on gender equality, and the matching of commitments with the means of implementation.

Read the Call to Action