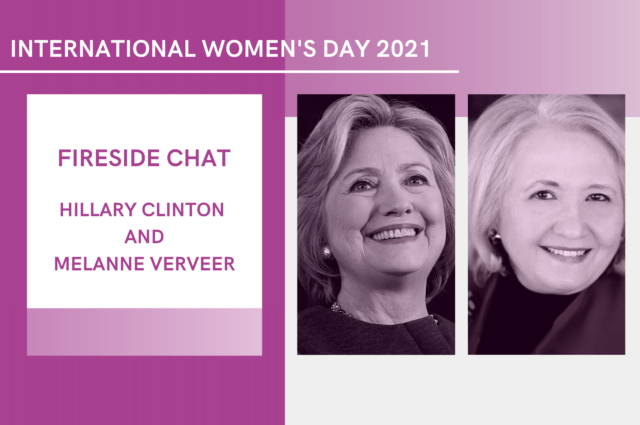 Together these leaders reflected on the progress made since 1995, when Ms. Clinton told delegates gathered at the UN World Conference on Women in Beijing that “Women’s rights are human rights, and human rights are women’s rights.” Secretary Clinton also offered her views on how best to move forward, given that the COVID-19 pandemic has slowed or reversed many hard-won gains for women. 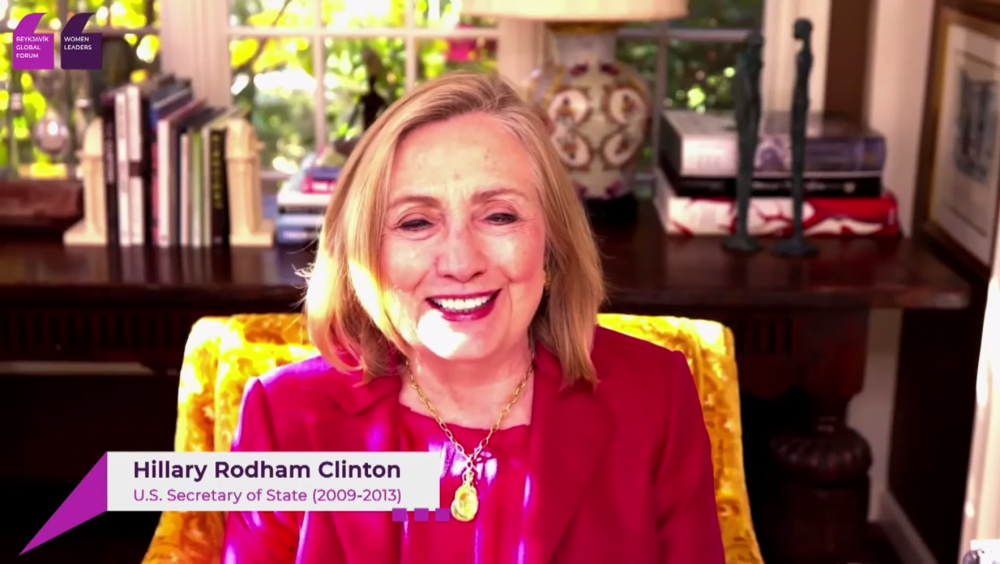 “We can see gains for women, parity in education in many countries, far fewer deaths in childbirth, greater access to healthcare, more women elected to positions in governments, more opportunities in the business world,”

noted Secretary Clinton. But despite such clear advances, evidence shows that progress has been slow to manifest, and far from linear.

In the latest edition of the annual Reykjavík Index for Leadership 2020-2021, results reveal significant, complex and deep-seated prejudices toward women. Younger age groups have become less progressive in how they view women in leadership. As Secretary Clinton indicated, “The norms, the values, the deeply held biases that unfortunately are still so prevalent continue to hold women back. And they even work in a very perverse way – where women hold themselves back.”

Ambassador Verveer pointed to the success of the Reykjavík Global Forum, which last November brought together hundreds of high-level political leaders from around the world. However, she also emphasised the global gap in political representation, which “still has some distance to go before being closed.”

She asked Secretary Clinton’s opinion on whether structural changes were required, or else other ways of eliminating the “chasm” between men and women in terms of political leadership. “There have been experiments in lots of countries about what could be termed quotas or setting numbers,” Secretary Clinton replied. “Maybe that should be tried in more places – particularly in parliamentary systems, where you can set lists of candidates, and where the party itself can try to give a boost to more women running and being elected.”

The next stage, therefore, must not only see more women assuming power roles, but must involve women who are determined and committed to increasing the space for women in terms of family, community, government, business, and society in general. “That has to be the priority of our women leaders, because only we have the platforms to point out the unfairness, and the inequities, and the backsliding – which, sadly, we have seen too much of.”

Secretary Clinton also highlighted the importance of women in powerful positions speaking up, particularly on behalf of marginalised women. “Power is really at the center of our thinking now, and we need more women who want to help empower other women and more men as allies for the empowerment of women.”

As regards moving forward in the wake of COVID-19, Secretary Clinton underlined the need for governments to prioritise economic recovery in their countries, but with particular attention paid to the disproportionate number of women who have lost jobs and incomes, and especially single parents tasked with raising children alone. “Let’s be sure we remember the terrible damage of COVID as we try to build back from this pandemic.”

Secretary Clinton’s remarks reflect the need for broad structural transformation – providing solutions that foster gender parity and that offer a blueprint to help societies ‘build back better’. Leaders must take this time in recovery to reimagine political systems, envisioning a proximate future in which women’s leadership is not an exception, but the norm.

Women Political Leaders will continue to demand greater action to increase women’s representation in political leadership and to highlight its importance in addressing the most pressing issues confronting the world today.