How To Create A Generation Of Women Leaders by Uschi Schreiber for Forbes Magazine. 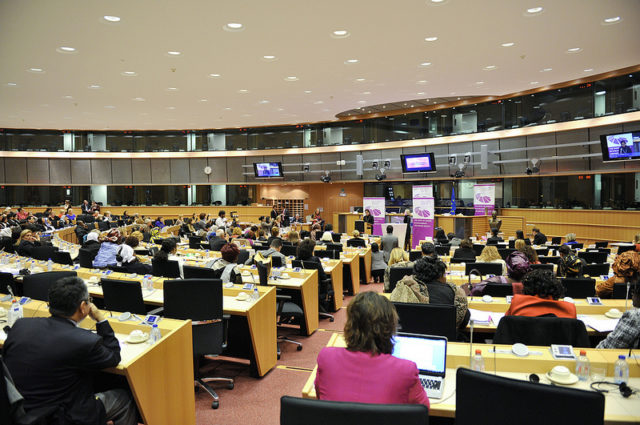 Recently, women leaders from around the world gathered in Brussels to participate in the inaugural Women in Parliaments (WIP) Global Forum. I was honored to join them.

Some 120 years after women in New Zealand became the first in the world to be given the ‎right to vote, this group of Nobel Prize winners, heads of ‎government, European commissioners, ministers and academics from more than 100 countries had a unique opportunity to develop specific strategies and create new ways forward for women.

We debated subjects ranging from the impact of globalization on gender equality to the role of academia in shaping the next generation of female leaders. It was clear that while legislation aimed at boosting diversity makes a difference, it does not offer all the answers.

A recent EY study highlighted the ongoing issues surrounding gender equity at senior leadership levels in the public sector. The report found that although women account for 48% of the public sector workforce on average, they represent less than 20% of public sector leaders across the G20.

In addition to legislation, there is also a pressing need for a cultural transformation across the public and private sectors. The presence of strong role models and women leaders in organizations will help, as well as greater accountability for implementation of policies and legislation aimed at increasing diversity. For example, such policies might be well written, but departments also need to make sure that everyone has the opportunity to progress, even if they work part-time.

Unconscious bias against women is another challenge, but is by no means insurmountable. Leaders can overcome this problem by:

Equally important, women leaders should consider their legacy to the workplace and take on stewardship roles, thus making their organizations better places to work for future generations of women.

Having worked in leadership roles across the public, private and non-government sectors, I have seen how truly diverse teams stimulate innovation and generate new ways of problem solving, all of which leads to better decision-making and results. With planning already under way for the next WIP Global Forum, EY is delighted to provide support in bringing female parliamentarians together to harness their collective experience for the benefit of society.

This article was published on the 10th of January in Forbes; written by Uschi Schreiber, EY’s Global Government and Public Sector Leader and Global Markets Leader.