“It’s important to create places where women can get empowered” 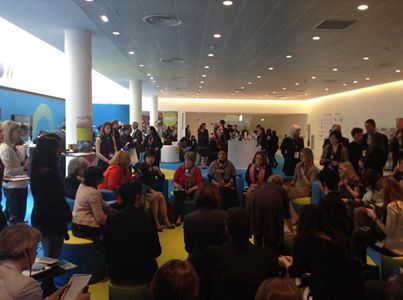 On Tuesday, 6 May 2014, the Women in Parliaments Global Forum (WIP) participated in the informal talk “The Value of Networks” within the programme of the OECD Forum 2014 in Paris.
Do we need women-only networks? Which are the characteristics of a useful network? Do men need to be involved? Some of these questions were discussed during this engaging conversation which had a clear conclusion: yes, we need women’s networks!

As Yukako Uchinaga, President of the Japan Women’s Innovative Network (J-Win), pointed out: “Networks should always have concrete goals in order to be effective”. In her case, the purpose of J-Win is “changing the mind-set of Japanese women and encouraging them to chasing the top positions”. The words of Annick de Vanssay, went in the same direction: “it’s important to create places where women can get empowered,” highlighted the Managing Director of JUMP.

The founder of WIP, Silvana Koch-Mehrin, stressed the need for female networks in politics too: “if you are a minority – as women are in Parliaments worldwide –you need to be organised”. In politics, she added “is not about men supporting us, but about men not holding us back”.

But as policy-makers are mainly men and the biggest companies are managed by men, “we can’t do networking without them,” defended Jacqueline Franjou, the CEO of the Women’s Forum, making clear the importance of teaming up with men in order to gain new perspectives, access to sponsorships and bigger networks.

Neveen El-Tahri, Chairperson and Managing Director of Delta Shield for Investment pointed out the importance of role models: “Women’s networks are about proving what we are capable of, because other women are looking up to you”.