It’s all a question of style, a different one! 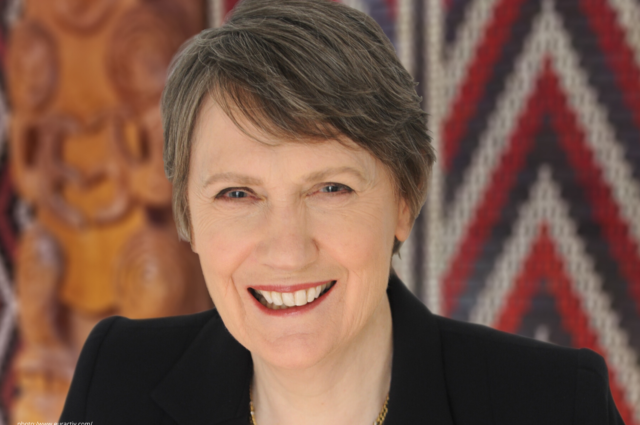 “As books are written about the great pandemic, I think that women leaders will come of this very much on the right side of history for doing their best to focus on human security, health and well-being…” Helen Clark’s consequential assessment of women political leaders’ performance during the COVID-19 global health crisis is steadily being echoed around the world. But the question remains, what about these women’s style of leadership makes it so exemplary and potentially game-changing?

In a conversation with Silvana Koch-Mehrin, WPL Founder and President, Helen Clark, Chair of the WPL Board, Patron of the Helen Clark Foundation, Administrator of the UNDP (2009-2017) and Prime Minister of New Zealand (1999-2008), identified the unique leadership characteristics that have been exemplified by women throughout the pandemic. She also underscores the need for solidarity and multilateral efforts in the battle against the coronavirus.

“I think what has characterized the successful responses of women leaders…is the style of leadership they have. It’s a style that’s often associated with women, but if adopted across genders (would) actually work pretty well. It’s consultative. It listens. It engages. It invites the public to go on a journey with them.”

In fact, this is one of the key differences between male leaders’ responses to COVID-19 and many female leaders’ approaches: women are listening to their constituents and making an effort to embark on a collective journey with them. By putting themselves in their citizens’ shoes and understanding the power of direct, compassionate communication, these women are able to persuade millions of people to follow strict confinement advice and regulations.

“Of course, this is not to say that there aren’t male political leaders who are responding well to the current crisis,”  Ms. Clark points out citing the President of the Republic of Korea for his outstanding efforts. Rather, there is a distinct pattern of leadership that can be recognised in women political leaders’ efforts specifically.

“I think that women also, by and large, have been ready to take advice. There’s no big egos here,” she remarked.

The ability to listen effectively, consult experts and analyse evidence-based information are just a few of the traits that have made several women political leaders, like New Zealand’s Prime Minister Jacinda Ardern, Norwegian Prime Minister Erna Solberg and German Chancellor Angela Merkel to name a few, stand out in a crowd of singular responses.

While such a trend is uplifting in terms of advancing women’s equality and leadership, Ms. Koch-Mehrin could not help but wonder how to implement a structural change to ensure this attention translates into long-term improvements.

Luckily, as Ms. Clark noted, there are already different advocacy tools at the world’s disposal to encourage a disruption in old leadership structures. For example, the Reykjavik Index for Leadership, which measures the perceptions of women and men in leadership across sectors, can be utilised to bolster the widespread attention and recognition that women political leaders are beginning to receive. Hopefully, this acknowledgment will allow the global community to “re-write the way forward,” she asserted.

In addition to the disruptive potential that COVID-19 has introduced for female leadership and equality, it has also brought another important issue to the international community’s attention:

“Multilateralism is not in its finest hour…” Ms. Clark lamented. “There’s rather toxic geopolitics playing out at the moment, which makes it quite difficult for key organs of the multilateral system…to work.”

As Administrator of the UNDP during the Ebola crisis, Ms. Clark knows a thing or two about how to successfully navigate a pandemic. One of the key ingredients currently missing from a global response is a United Nations Security Council Resolution which would inspire solidarity and introduce accountability measures. Unfortunately, a proposal for a resolution has twice failed.

“The terrible irony of (the resolution) failing on the 8th of May was that the 8th of May was the fortieth anniversary marking the eradication of smallpox. And when you think about it, what an incredible thing it was at the height of the Cold War, countries across the ideological and geopolitical divide came together to say we will dedicate ourselves to eradicating smallpox, and they did it.”

Ms. Clark’s words serve as an important reminder that it’s time to take stock of the global community’s current approach to this pandemic and ways in which cooperation and collective action can be improved. This is essential not only to build a sustainable future, but to get COVID-19 under control.

"It’s all a question of style, a different one! conversation with Ms Helen Clar Helen Clark"