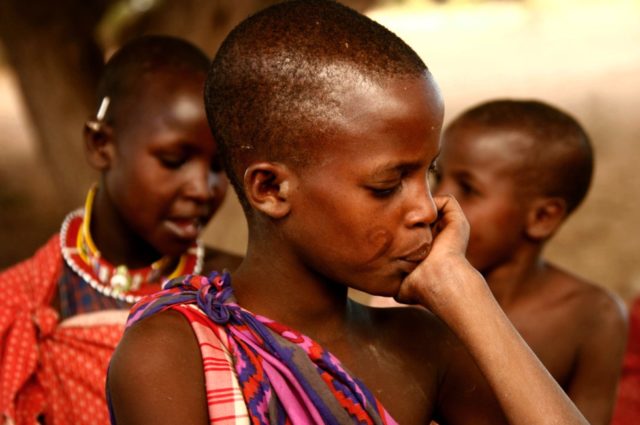 Kenya stepped up the fight against FGM, a traditional practice which involves the partial or total removal of the external female genitalia, with the creation of a prosecution unit in March that has 20 prosecutors based in FGM-practising communities around the country.

“If we get this information beforehand, it will actually assist in prevention of the practise because we can organise our officers on the ground to raid the place and rescue the girls,” Christine Nanjala, head of the anti-FGM prosecution unit, told Thomson Reuters Foundation.

The unit has been active in prosecuting cases of FGM and educating communities about the crime. It recently charged two guardians with murder after a 13-year-old Maasai girl, Rehema Lesale, bled to death in April.

It is also investigating the case of a 16-year-old Pokot girl, Alvina Noel, who bled to death after giving birth several days after she was cut.

Nanjala said she hopes the hotline will speed up her unit’s work.

“For the Pokot incident, unfortunately it actually came out in the paper,” she said.

“This girl died on July 30, so we are getting this information one month down the line. But we have used our networks on the ground and we are actually on top of it right now.”

Action will be taken after the unit, which is part of the Office of the Director of Public Prosecutions, has completed its investigations, she said.

The unit is also following up on a report in Wednesday’s Daily Nation about four girls being circumcised in Baringo County, 300 km north-west of the capital Nairobi, a week ago.

“According to Ms Sarich Cheptakor, the mother of one of them, girls (from the Pokot ethnic group) must be circumcised for them to become adults and “complete” women,” the newspaper reported.

Kenyan law provides for life imprisonment when a girl dies from FGM which can cause haemorrhage, shock, complications in childbirth, fistula and severe pain during sexual intercourse.

Around 27 percent of Kenyan women and girls have been circumcised, with the highest ratesamong the Somali, Kisii and Maasai communities.