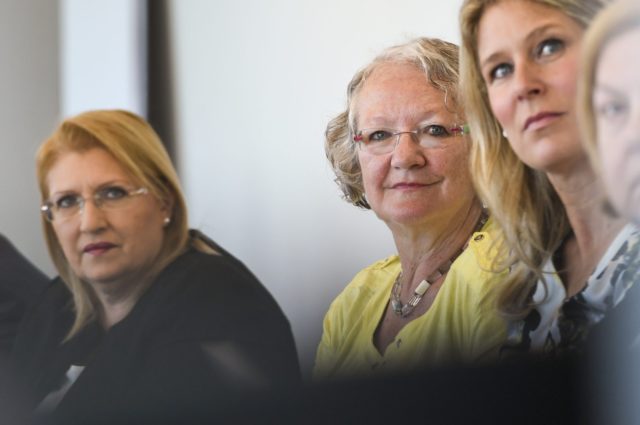 The Women Political Leaders Global Forum (WPL), under the patronage of the President of Malta, H.E. Marie-Louise Coleiro Preca, has convened parliamentarians and other relevant stakeholders from across Europe at the European Parliament (June 20) in a high-level meeting on maternal health and refugee and other vulnerable women.

Following a successful maternal health meeting in Malta (March 20-21), this Brussels meeting marks an important new milestone to place maternal health high on the European  agenda. During the March event, the President of Malta and the EU Commissioner for Health and Food Security, Vytenis Andriukaitis, urged EU countries to take effective action to ensure maternal health for refugee women.

A Call for Action was subsequently sent by Coleiro Preca to Commissioner Andriukaitis as well as the Commissioner for Migration, Dimitris Avramopoulos, and the Council of Health Ministers.

To build on this momentum, the Brussels meeting aimed to transform this high-level political commitment into concrete actions and to further mobilise support in EU policy circles. 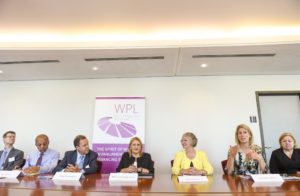 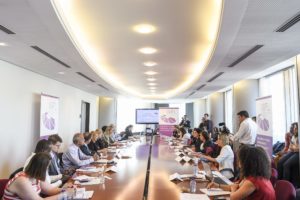 H.E. Marie-Louise Coleiro Preca, President of Malta, encouraged during the meeting to “take the shared commitment to the next level” as “now is the time for practical action”. Coleiro Preca advocated for an holistic approach and finding greater synergies between the migration and the health policy agendas and between the national, regional and international level.

Xavier Prats Monné, Director General of DG Sante: “The UN Convention of the Rights of the Child requires the right to receive appropriate pre-natal and post-natal healthcare to mothers – all mothers. All EU countries have ratified it – but a legal right does not mean actual access. If a mother has little education, a poor economic situation, or simply doesn’t understand the system, she will not be able to exercise her rights. This is why the European Commission will do whatever is in its power to help Member States ensure universal access to healthcare and reach out to refugee and other vulnerable women.”

Silvana Koch-Mehrin, WPL Founder and President: “It is great to see national and EU policymakers and stakeholders working together to devise concrete policy actions. As lack of scientific data and information on maternal health care often leads to women slipping through health systems, an important next step would be to carry out a mapping exercise of existing maternal health care services available to vulnerable women, looking at accessibility, affordability and access in all EU member-states. It is only by having a clear picture of the situation and identifying strengths and weaknesses, that policies and strategies can be planned to ensure no woman and child is uncared for during pregnancy.”

Establishing a supranational funding mechanism ensuring a free package of maternal healthcare for every vulnerable woman; improving tools and coordination for data collection and research in this area; and a policy dialogue awareness-raising campaign, were some of the top priorities agreed on June 20.

MEP Marc Tarabella (S&D, Belgium) pointed out: ‘I want to address to my colleagues that we have to work together with determination in order to move forward and change the situation.”

During the meeting, parliamentarians opined there is a need for an informal group of MEPs across groups and nationalities to focus on the issue of vulnerable women’s maternal health. Such a group must become a permanent channel for dialogue on the topic at supranational level, focusing on delivering concrete legislative changes in Europe on all aspects that touch vulnerable women’s maternal health.

The health of mother and child remains a critical concern, not only in the developing world but also in Europe. However, maternal health is often a low priority on the healthcare agenda.

Still today, 1 in 10 women in the European Union have no access to maternal health services in the first months of pregnancy. Nearly 1800 maternal deaths occurred in Europe in 2015 and 54% of pregnant women seen at Doctors of the World clinics in nine European countries lack access to Maternal Health Care and are living in poverty.

More about the High-level meeting on Maternal Health and Refugee Women – Malta, March 2017