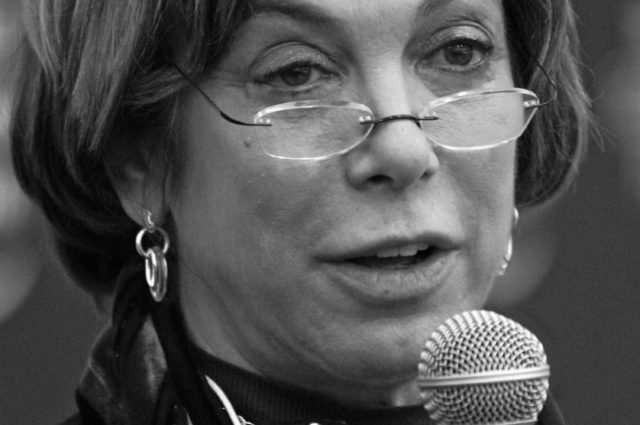 With only 20 days to go before the WIP Annual Summit, we welcome the newest member of our Advisory Board: Professor Laura Tyson. She is currently Professor at the Haas School of Business at the University of California in Berkeley. Recently, Tyson was on the U.S. Department of State Foreign Affairs Policy Board from 2011 – 2013, served as a member of President Barack Obama’s Council of Jobs and Competitiveness, and was additionally a member of the President’s Economic Recovery Advisory Board from 2009 through 2011. She served in the Clinton administration and was the chair of the Council of Economic Advisers between 1993 and 1995, and thereafter the president’s national economic adviser from 1995 to 1996. Laura Tyson is also one of the co-authors of the Global Gender Gap Report, introduced by the World Economic Forum in 2006.

Tyson currently serves as a senior advisor at the McKinsey Global Institute, Credit Suisse Research Institute and The Rock Creek Group. She is a Senior Fellow at the Center for American Progress and is on the Advisory Council of the Brookings Institution Hamilton Project. She is an Advisory Board member of Pave, Inc., Newman’s Own, Generation Investment Management, H&Q Asia Pacific and Tykoon, and is the chair of the Board of Trustees for the Blum Center for Developing Economies, Jacobs Foundation and the Bay Area Council Economic Institute. Tyson is also the co-chair of the World Economic Forum Global Agenda Council on Women’s Empowerment. In addition to her current roles, Tyson contributes to various internationally syndicated newspapers including the Financial Times, The New York Times and Bloomberg Businessweek.

We are very excited to have Professor Tyson on the WIP Advisory Board!