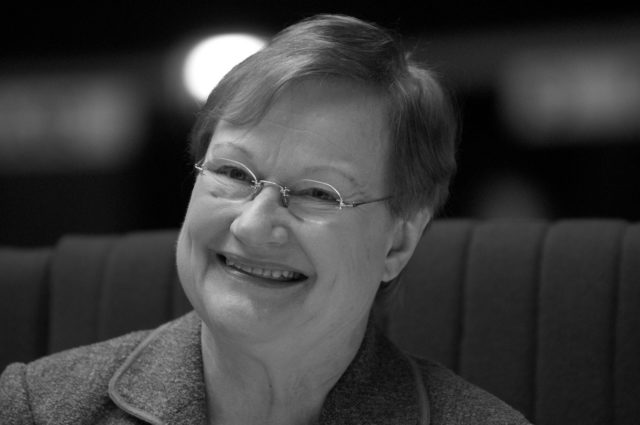 >WIP is pleased to announce our newest Advisory Board member: Tarja Halonen, Finland’s first female head of state (2000-2012). Halonen will also join the WIP Annual Summit 2013 next week in the European Parliament in Brussels. President Halonen is also a member of the Council of Women Leaders, the international network of current and former women presidents and prime ministers.

Before being elected Finland’s Head of Government, Tarja Halonen served in three cabinets: Minister of Social Affairs and Health (1987-1990), Minister of Justice (1990-1991) and Minister of Foreign Affairs (1995-2000). During her time as Foreign Minister, Finland held for the first time the EU Presidency from July to December 1999.

During all her career Halonen has paid close attention to issues concerning human rights, social justice, democracy and gender equality. She will be a great speaker at the WIP Annual Summit 2013.

We are very excited to have Mrs. Halonen on the WIP Advisory Board!