Plenary Session “The Promise of Peace – The Impact of Women in Conflict Prevention, Peacekeeping and Conflict Resolution” 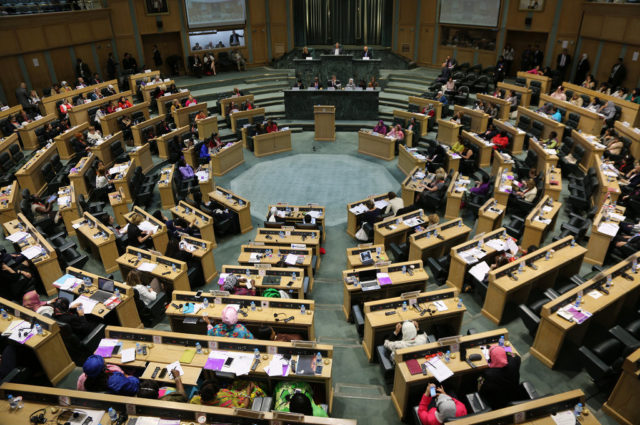 During the WIP Global Summit 2016, hosted by the Parliament of Jordan in Amman from 4 to 6 May, female Parliamentarians from more than 80 countries discussed the most pressing issues on the global agenda.

The session “The Promise of Peace – The Impact of Women in Conflict Prevention, Peacekeeping and Conflict Resolution” sought to discuss the fact that women are still excluded from peace negotiations. In 2000, the UN Security Council passed Resolution 1325, calling for women’s equal involvement in the maintenance and promotion of peace and security. However, today only nine percent of peace mediators are women. The session focused on the role women should play in conflict prevention as well as during conflicts and in peace negotiation processes.

Reem Abu Dalbouh, Member of the Jordanian House of Representatives, stressed the need to include a gender perspective in the management of the current refugee flow. She argued that Jordan was aware of this challenge and was actively working towards filling in this gap.

Women do not want to be seen as victims only but also as agents of change, stated Bineta Diop, the African Union Commission’s Special Envoy on Women, Peace and Security. She said, “Women know the field and they have solutions.” She called for women to be involved in decision making processes by creating coalitions and platforms.

Edward Kallon, UN Resident and Humanitarian Coordinator for Jordan, said the engagement of women in peace and security initiatives is crucial for finding sustainable solutions to conflicts. He explained that the outcomes of discussions are more inclusive and resilient when women are included. Kallon highlighted the case of Libya, where UNDO supported 16 women to participate in the drafting of the Constitution.

Women as agents of change are unfortunately rarely part of the ‘game’, stated Mara Marinaki, the European External Action Service’s Principle Advisor on Gender & on the Implementation of UN Security Council Resolution 1325. She also stressed that women need to be actively engaged with respect to cultural diversities – a need to move from “fixing the women” to fixing the system as a whole.

Marriet Schuurman, the NATO Secretary General’s Special Representative for Women, Peace and Security, added the need to train women because it is a must to have more women in peacekeeping forces. She stated that in UN and NATO peacekeeping operations, women comprise 3% and 6% of peacekeepers, respectively. She said it is important to provide a platform for women, in order to understand women’s needs and demands.

All in all, the speakers agreed there is a need to expand the number of women in conflict prevention efforts and peace negotiations by providing them with necessary platforms, training and inclusion strategies.