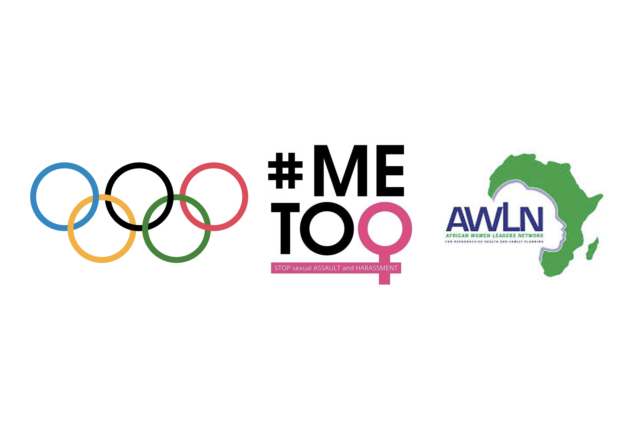 “The only way to advance society is using our power, together,” says Women Political Leaders President Silvana Koch-Mehrin. “Together, we can create societies of strong diversity and inclusion, and produce the progress we want to see to have equality for women and men.”

This year’s honourees have been selected by Women Political Leaders (WPL), the Government of Iceland and the Parliament of Iceland, and will be the first initiatives ever to receive this award. The 2018 POWER, TOGETHER Award recipients are:

The IOC is focusing on achieving results to strengthen equality across the entire Olympic Movement. It contributes to promote non-discrimination and greater participation by women across all aspects of sport. “The POWER, TOGETHER Award recognises the strong commitment of the International Olympic Committee in encouraging and supporting the promotion of women in sport on and off the field of play and caps off a year of action in this space,” said Marisol Casado, IOC Member and President of the International Triathlon Union. “Not only were the Youth Olympic Games in Buenos Aires the first fully gender-balanced Olympic event ever, the IOC also launched the IOC Gender Equality project in February 2018 and has already implemented several of the 25 action-oriented recommendations which will have an impact both on and off the field of play.”

More than a decade ago, Tarana Burke created the #MeToo campaign as a movement to reach sexual assault survivors in underprivileged communities. Twelve years later, the movement became a powerful global phenomenon. The hashtag #MeToo became a cry against sexual assault and harassment. This movement gave the strength to many victims of sexual harassment to finally share their stories and reveal what they have endured in silence.

In a bid to enhance women’s leadership at all levels for impactful social change in Africa, the United Nations (UN Women) and the African Union supported the establishment of the “African Women Leaders Network” (AWLN) in June 2017. In less than two years, the African Women Leaders Network achieved key milestones: from multiplying the voices of African women leaders on the ground to enhancing their participation and leadership in key decision-making processes. The AWLN supports the advancement of African women leaders through peer learning, experience sharing and cross-generational dialogues in order to bolster women’s contributions to building and sustaining peace, sustainable economies and social transformation. “The Call of the African Women Leaders Network is about Africa’s transformation,” said Bineta Diop,

Founder and President of Femmes Africa Solidarité and the African Union’s Special Envoy on Women, Peace and Security. “It is about us, as African women. That is why women are at the forefront to create sustainable economies and peaceful societies. With the AWLN we are bringing people together and leading to achieve Africa’s Transformation.”

About the Women Leaders Global Forum

The Women Leaders Global Forum is co-hosted by WPL and the Government and Parliament of Iceland. The inaugural Forum will be held in Reykjavik, 26-26 November, 2018. The Forum’s mission is to provide a platform where women leaders discuss and share ideas and solutions on how to further advance society, increase gender equality and promote and positively develop the number of women in leadership positions. The event will feature keynote speakers, all internationally recognised for their contribution to advancing society and there will be 400 invitation-only delegates from over 100 countries. For further information, click here.

To interview the recipients and for more information, please contact: