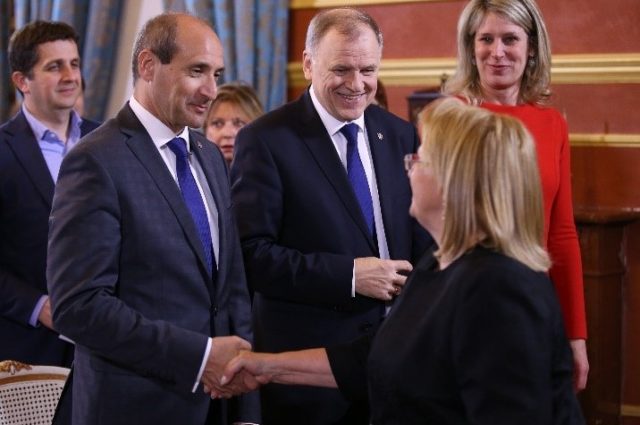 Parliamentarians from across Europe and other relevant stakeholders gathered in Malta in a high-level meeting on maternal health and refugee women organised by the Women Political Leaders Global Forum (WPL) and the President of Malta, H.E. Marie-Louise Coleiro Preca.

One in 10 women in the EU have no access to maternal health services in the first months of pregnancy and nearly 1,800 maternal deaths occurred in Europe in 2015, according to MSD for Mothers. Data show that maternal health remains a critical concern also in this region.  Many women are still unable to gain access to timely and quality healthcare, with refugee women being particularly vulnerable. However, maternal health often takes a lower spot on the healthcare agenda.

In order to address this situation, the Women Political Leaders Global Forum (WPL), under the distinguished patronage of H.E. Marie-Louise Coleiro Preca, President of Malta, and in collaboration with MSD for Mothers, organised a high-level meeting on Maternal Health and Refugee Women in Malta (March 20-21).

As a result of this two-day conference, a formal Call for Action with proposals coming from this high-level meeting, has been put forward to the European Commission and the Council of Health Ministers.

H.E. Marie-Louise Coleiro Preca, President of Malta, urged both the EU Commissioner and the Maltese Minister of Health to “to move the EU from words to action.” “It is the time for us to call for practical action to be taken to ensure that the maternal health of all women, including migrant and refugee women, is effectively accessible,” Coleiro Preca stated. The President highlighted that “maternal health is not a women’s Issue, but a fundamental human right” and reminded participants of the commitment to reduce maternal mortality as part of the 2030 Sustainable Development Goals.

Hon. Christopher Fearne, Maltese Minister of Health, gave his commitment to bring forward the mission tasked to him by the President and actively take the issue to the EU Council of Health Ministers.

Vytenis Andriukaitis, European Commissioner for Health and Food Safety, who also attended the conference, committed “to appeal to national governments to do their outmost to meet the health needs of migrants and to pay particular attention to maternal health.” “The EC will continue to use all its legal and financial tools to help Member States in this regard,” he added. According to him, it is “unacceptable” that preventable maternal deaths of mothers and children continue to take place in the EU. “Zero death is my goal,” Andriukaitis concluded.

Silvana Koch-Mehrin, WPL Founder and President, highlighted the importance of this commitment: “We can create some impact by bringing forward to the EU Ministries and the European Commission the Declaration which will result from this conference.” Koch-Merin continued, saying, “We have been able to combine different levels of political action to move things forward.”

President Coleiro-Preca congratulated WPL for the joint effort to create dialogue among different nations and communities and to prioritise the wellbeing of the most vulnerable. 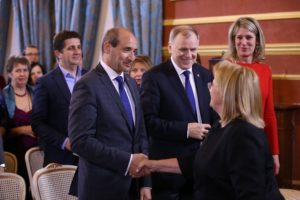 In the picture: President and Minister of Health of Malta; EU Commissioner for Health and Food Safety; and Silvana Koch-Merin

Within the framework of Malta’s Presidency of the Council of the EU, the objective of this meeting was to place maternal health high on the agenda both in the national and EU contexts. It also aimed to inform and empower female Parliamentarians to drive this topic forward in their respective Parliaments.

The two-day study trip included interactive working sessions and a field visit to an Open Refugee Centre. The event brought together in a participatory way a range of other stakeholders; such as EU and Maltese high-level representatives, Parliamentarians from different EU member states (Italy, Spain, Romania, Croatia, Poland and Malta), as well as experts and Civil Society Organisations.

The specific goal of this conference was to identify concrete policies to be taken at EU and national levels, as well as agreeing on a long-term vision for maternal health in Europe and exchanging best practices amongst member states.

One of the main proposals was to encourage more training in this area to medical staff and other professionals working specifically with refugee and migrant women.

According to the World Health Organisation, also present at the conference, “language and cultural barriers put refugee women at a higher risk of higher maternal mortality and poor perinatal outcomes.”