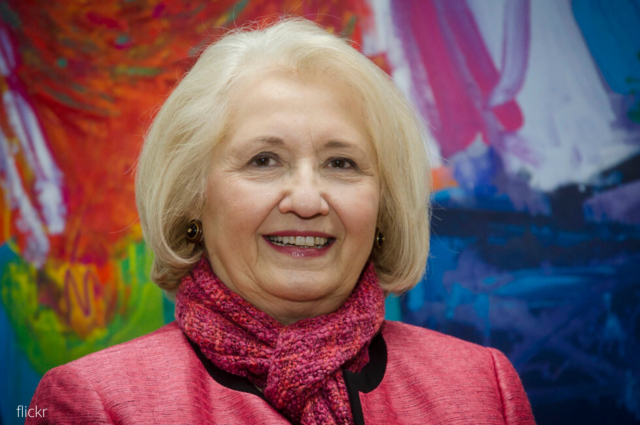 In honor of the second annual International Day for Multilateralism and Diplomacy for Peace, WPL looks to the world’s amazing women leaders, who are experts in the field of diplomacy, multilateralism, and peacekeeping, to guide the global community in advancing multilateralism, women’s equality and peacebuilding efforts. Ambassador Melanne Verveer, Director of the Georgetown Institute for Peace and Security, adroitly identifies concrete areas for action and the need for a new peace and security agenda, where women are at the forefront of every response across decision-making levels.

By: Ambassador Melanne Verveer, Director of the Georgetown Institute for Women, Peace and Security

The world is in desperate need of effective multilateralism and cooperation across borders. Nothing demonstrates this more than the grave crisis created by Covid-19 and the lack of a coordinated response to the threat to human life, the global economy, and peace and security that it represents. As the UN Secretary General warned: “The world is facing an unprecedented test and this is our moment of truth.” Despite the urgency of his words, the UN seems unable to galvanize collective action that is able to match the scale of the crisis.

The situation is certain to become more dire as the virus spreads to the Global South, but the level of desperately needed institutional cooperation is elusive. A material consequence of this tragic failure, among others, should be a resuscitation of multilateralism and international cooperation.

Looking ahead to that day, what improvements should we pursue? What should the agenda going forward include? To improve multilateralism, we have to focus on addressing inequalities, the lack of inclusion, sustainable development, and peace and security.

Although the UN system established women’s rights and equality as a priority, it is not reflected in much of its decision-making. Women’s perspectives and participation need to be fully integrated throughout the work of the UN, not confined to the silo of “women’s issues.” Gender mainstreaming results in more strategic and effective multilateralism.

Twenty years ago, the UN Security Council adopted a framework, SCRes. 1325, linking women’s agency to peace and security, but there remains a tremendous gulf between the values adopted in the framework and the reality. Women represent a tiny fraction of peace negotiators,  peace envoys, mediators, and peacekeepers. At the same time, there is a growing evidence based case documenting the positive difference in women’s perspectives and participation make in policy-making around conflict prevention, resolution, and reconstruction. This is no longer an option for peace and security but a necessity, and it will take leadership to close the gap — from the highest levels of the UN and the member states.

Conflicts continue to flare, peace agreements are abrogated and there is widespread acknowledgment that conflict prevention and resolution need better approaches. Women are engaged in peacebuilding in their communities and countries — in track 2 efforts to resolve conflict — yet their efforts are seldom connected to formal or official peace processes.  UN peace envoys must implement the SCRes.1325 mandate into their peacebuilding efforts and tap and incorporate the experiences of local peace negotiators.

Climate change is the defining crisis of our time, and women are most vulnerable to its consequences. At the same time, they are critical participants in adaptation and mitigation. The Security Council added climate to the women, peace, and security framework because of the nexus between climate, gender, and conflict. Conflict is aggravated by displacement and growing instability, political tensions, and economic devastation. The pandemic crisis should awaken the international community from its lethargy on climate change before it is too late.

Effective multilateralism must also recognise and address violence against women as a serious violation of human rights and a threat to peace and security. The Women, Peace and Security Index published by Georgetown University shows a direct correlation between intimate partner violence and the oppression of women with greater instability and conflict. Moreover, rape as a tool of war rages with impunity. It is time to use the sanctions regimes to address sexual violence in conflict. Violence against women and girls threatens the security and safety of its victims and represents a broader security concern to society that can no longer be overlooked. Indeed, in the pandemic we are seeing spikes in domestic abuse beyond already staggering rates worldwide. The increases are rightly being referred to as a “shadow pandemic.”

Women’s participation in multilateral decision-making and in peace processes must become standard practice. If we are to seize this moment of global crisis to spur a more effective and responsive multilateralism, it must be inclusive of women’s leadership in peace and security.