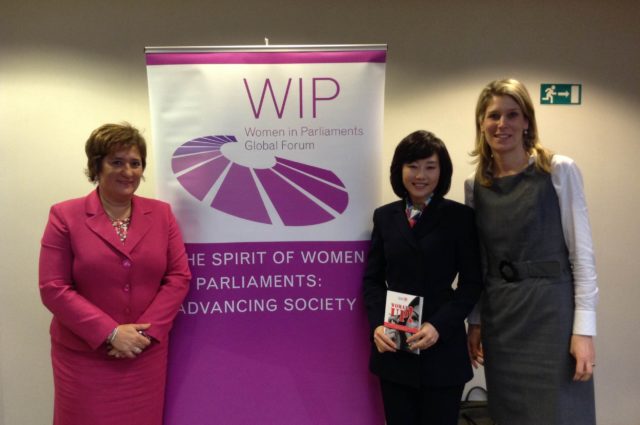 Yoonsun Cho, Minister of Gender Equality and Family of Korea, presented yesterday at the European Parliament the film “Comfort women”, an animation movie that explains the terrible story of the organised violence against women perpetrated by the Japanese army during the Second World War.

The Korean Government has raised this issue at the UN General Assembly every year since the 66th session in 2011; calling on member countries to make effort into eradicating sexual violence from areas of conflict. Several UN reports and recommendations have been done until now, while the European Parliament, the US House of Representatives and some other countries have adopted resolutions on the “comfort women” case. The UN Security Council adopted the resolution 1325 S/RES/1325 on Women, Peace and Security(October 2000) which calls on “all parties to armed conflict to take special measures to protect women and girls from gender-based violence, particularly rape and other forms of sexual abuse, and all other forms of violence in situations of armed conflict.”

The film, which was already displayed during the thematic lunches at the WIP Annual Summit 2013, will be also presented at the Angoulême International Comics Festival. The production aims at reclaiming the dignity of the comfort station victims as well as at fabricating benevolent understanding within the international community concerning the issue of wartime violence against women’s rights.

The Women in Parliaments Global Forum has already supported this project and aims to tackle all forms of violence against women. gender equality can only be achieved if this kind of violence ends worldwide.