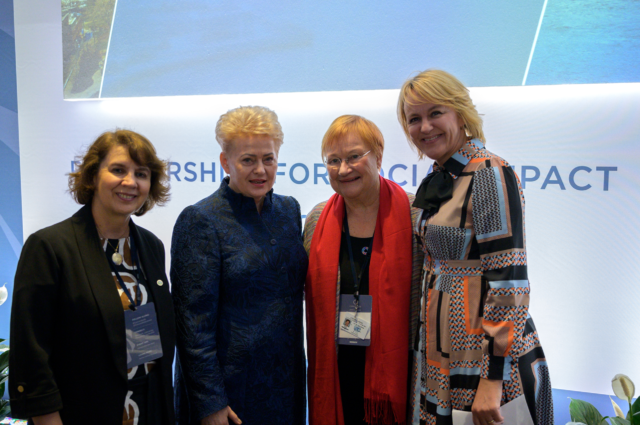 During the third and fourth week of September, WPL and partners have organised a series of events to capitalise on the presence of leading leaders in the city of New York there to take part in the 74th UN General Assembly. The 2019 Concordia Annual Summit, one of the largest and most inclusive non-partisan meetings worldwide, took place against the backdrop of the Assembly and brought together decision-makers of a wide variety of sectors.

Both events, although different in nature, provided a great platform for WPL and its global network of women politicians to be part of these challenging conversations and advance critical global discussions on many topics of interest, notably that of women’s leadership, one of the focus of the Concordia Summit.

Like many international governance events, the UN General Assembly is a space that has largely been dominated by male public officials. For this reason, it is critical to create spaces for these women to build relationships, share ideas, and build influence.

As the public and private sectors increasingly come together to build intuitive partnerships, it is the right moment for women leaders from multiple sectors to join forces for collaboration; WPL is building such partnerships. The Women Lead Reception, co-hosted in New York in partnership with Concordia and the Council of Women World Leaders (CWWL), gathered women leaders from around the world participating in UNGA and surrounding events. It was an occasion to create a space for dialogue and reinforce the established partnership between WPL, Concordia, and CWWL.

Featuring several high-level women guests, including current and former world leaders, corporate leaders, and non-profit/policy leaders, participants were inspired by the remarks of the guest of Honour of H.E. Dalia Grybauskaitė, President of Lithuania (2009-2019) and Chair Emerita of the Council of Women World Leaders. 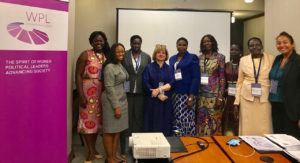 Members of the WPL Network also had the opportunity to benefit from an exclusive training hosted by WPL and Facebook aimed at providing insights to female politicians on how political leaders can use social media platform such as Facebook as an effective tool for their political career, to promote their campaigns and keep in touch with their constituents. 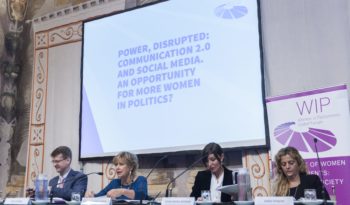