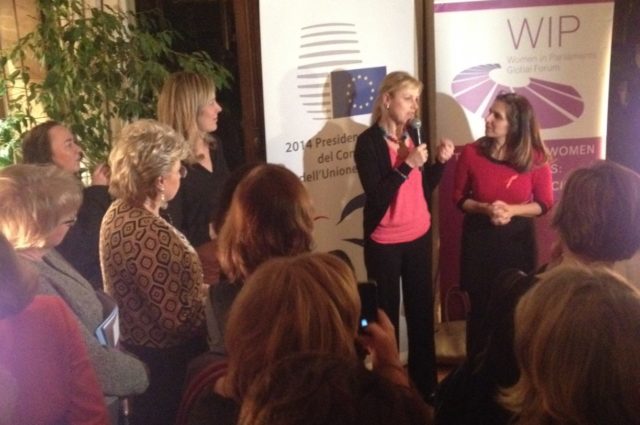 During the event at the Residence of the Italian Permanent Representative to the EU, Stefano Sannino stressed the importance of the inter-institutional aspect of the project while Silvana Koch-Mehrin, former Vice-President of the European Parliament and Founder of WIP, emphasized the need for an influential network for the women leaders of the EU.

The members of the EU Women Caucus released and signed a mission statement during the launch, expressing their aim to “strengthen the collaboration between politically engaged women in the EU institutions and to build a strong, permanent alliance with the mission of promoting female leadership”.  (Read the full Mission Statement).

Today, 37% of the Members of the European Parliament are women and 9 out of 28 Commissioners are women. The EU Women Caucus has been created to address this unbalanced gender representation in the European Union. It is a unique cross-party and inter-institutional platform for discussion that brings together female leaders of the EU Institutions.