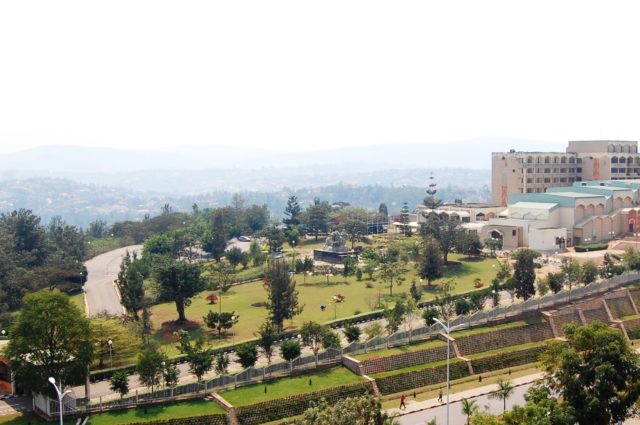 More than 100 Female Parliamentarians will meet in Rwanda next week for the WIP Summer Summit 2014. The MPs will study Rwanda’s success in female political empowerment, while addressing the need for more women in decision-making positions in politics and in reconciliation processes.

“The Role of Women in Peace, Reconciliation and Security” / Tuesday 1 July, 11:15h

Women’s full and equal participation in the society is a fundamental prerequisite to achieve good governance and peace. As the UN said recently “representation in parliament is critical to ensuring that women’s concerns are taken into account in countries rebuilding after war”.

14 years after the United Nations Security Council passed Resolution 1325 on increasing women’s participation in matters of global security, the needs and perspectives of women continue to be overlooked in post-conflict reconciliation, disarmament, demobilization and reintegration, as well as in security sector reform, rehabilitation of justice and the rule of law. A continuing lack of physical security and the existence of significant legal constraints in post-conflict societies hamper women’s integration into economic life and leadership.

“Gender Balance in Politics and its role in societal change” / Tuesday 1 July, 14:15h

“If one woman is a leader, it changes her. If many women are leaders, it changes society.” Michelle Bachelet, President of Chile

The positive trends in women’s political participation have led to an increase in women’s influence in political issues from diverse angles. While progress has been made, the statistics of the Inter Parliamentary Union (IPU) are clear: just 21.9% of Parliamentarians worldwide are women and the visibility and leadership of women in high-level decision-making remains low. Thus, challenges remain and marginalisation of women in politics continues. Discriminatory laws, practices, attitudes and gender stereotypes as well as low levels of education, lack of access to health care, weak social legislation and the disproportionate effect of poverty on women limit their ability to effectively participate in politics.

At the end of 2014, the UN General Assembly will discuss the report of its Secretary General on the outlines of the post-2015 Development Goals. A strong framework will take a holistic view of gender inequalities; addressing the issues that mostly affect girls and women in general and build an environment that will facilitate the achievement of full and lasting gender equality, women’s empowerment and the rights of women and girls.

Empowering women in politics, the economy and society, requires a broad set of tools, especially to challenge the cultural stereotypes that can lead to gender discrimination and marginalization. The tool of the highest legal order is to enshrine gender equality and women empowerment directly in the constitution of a country. This is an important step towards ensuring that states eliminate gender-based discrimination and advance women’s rights. As diverse as the people they govern, constitutions set out principles and rules for inalienable rights and duties. If and how these texts include gender has an impact on women. Many countries can serve as best practice example as they have enshrined gender equality and specific women’s rights and women empowerment in their constitutions. In this respect the UN Women Constitutional Database for example provides an important overview of the inclusion of women’s rights in constitutions in different countries.