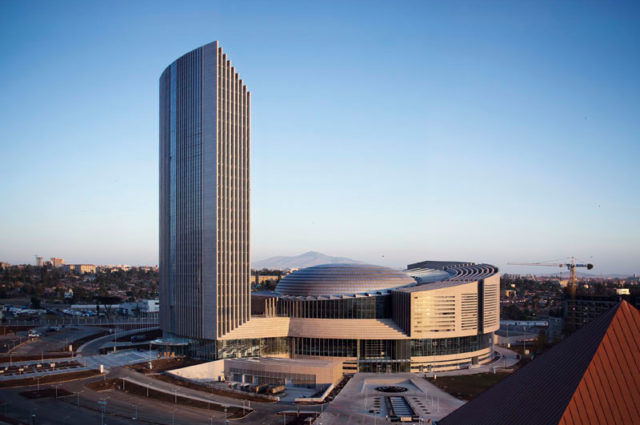 “New Leadership for Global Challenges” is the theme of the WIP Summit 2015, co-hosted by the African Union and co-financed by the European Commission. It focuses on new leadership for change; on the need for variety of different leaders, men and women, that are willing to work together, and share insights and innovations on how best to deal with the global challenges of today and navigate the future. Special attention is given to the definition and implementation of international commitments that define our near future (post-2015 Development Agenda) within areas such as education, health, entrepreneurship and regional co-operation. The WIP Summit 2015 also celebrates the 20th anniversary of the blueprint for advancing women’s rights, the Beijing Declaration and Platform for Action, and will mobilise political will for the next steps.

Female Parliamentarians from around the world are attending the WIP Annual Summit 2015. It presents a unique opportunity for participants to discuss the pressing global challenges; and to take part in political dialogues that reflect the influence and importance of female decision-makers in today‘s world.

The world will reach a turning point in 2015. This year, the willingness of countries to commit to the next round of development goals will be put to the test, as these goals are negotiated and decided upon by the United Nations Member States. This panel will discuss the lessons learned since 2000, when 189 countries pledged to make progress on eight Millennium Development Goals in 15 years. The panel will seek to regenerate commitment, charge up political will and give special attention to the role female political leaders play in defining development and ensuring accountability.

Where there is a lack of international cooperation, countries and regional organisations should step in. Stronger regional networks can play a vital role in attaining broader results and consensus. The objectives for cooperation may vary, but working together across borders in regional networks is crucial to take joint action. This panel will address:

All countries have expanded and improved their education systems significantly in the past half century. However, enormous challenges still remain. About 126 million children are not enrolled in primary or lower- secondary school. Article 26 of the Universal Declaration of Human Rights defines education as a basic human right and calls for making it free, at least at the fundamental levels, and compulsory. Future generations need today’s leaders to raise their voices and take action to make education a top priority on the international political agenda. This panel will address:

−  How to overcome gender disparity in accessing education

−  Successful actions to make the right to an education a priority.

Universal access to health is a fundamental right that has been recognised by many international charters. Women are key contributors to the economy and society and good health is critical for the full participation of women. Still, women experience a gap in access to care and too many women die every year from easily prevented illnesses. Child mortality, maternal mortality, diabetes, cardiovascular diseases and the spread of HIV/AIDs are all major public health concerns directly affecting women and which need forceful international attention. This panel will address:

− Wider implications of stabile heath systems and a healthier population – from peace, security and economic perspectives

Despite recent progress, women are still a small minority in politics. Gender specific obstacles to participating in political life remain, as well as experience of disproportionate levels of threats, harassment and violence. The glass ceiling has not yet been shattered, but does have some cracks. This panel will address:

−  How can the non-legal barriers for women in politics be abolished?

Today, about 200 million people globally are unemployed and estimates indicate that 600 million new jobs will be needed worldwide in the next 15 years. Otherwise, large portions of our national populations will be left behind: unproductive, unhappy and posing an increasing financial burden on social welfare programs. This panel will explore:

In the world as we know it today, power is shifting: from nation states to non-state actors and from institutions to less formal networks. The exercise of traditional power is constrained as established “big players” are being challenged by “small players”. The tools to shape and influence the world have changed with emerging new technologies allowing people to exercise direct influence. This fast changing environment calls for a new type of flexible, innovative leadership which offers an opportunity for different styles of governance.