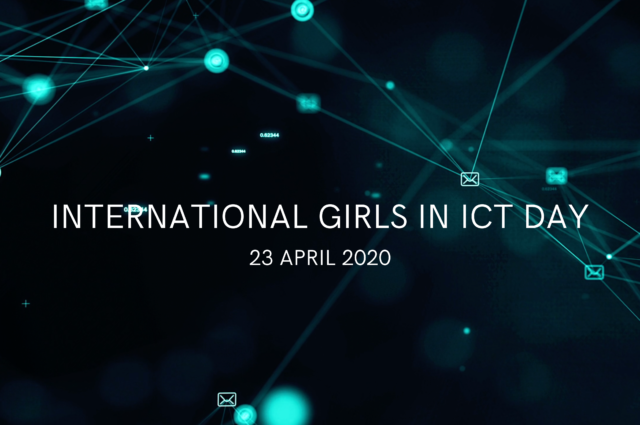 Inspiring action to incite change: how can the global community encourage girls to pursue STEM and ICT?

The continued absence of girls and women in STEM and ICT sectors should be a sustained source of concern for politicians, policy makers, corporations and leaders in tech industries. This issue is not just a question of equality between women and men; it is a reflection of a biased societal structure that bestows a vast majority of key roles on men, regardless of their qualifications, while women are left to pick up the pieces when needed.  Research from the Center for Creative Leadership identifies numerous economic and social benefits that result from advancing girls and women in STEM and ICT: a higher percentage of women in tech organisations predicts less burnout and increased levels of satisfaction, dedication and meaningful work. In comparison to male-dominated teams, teams with more gender diversity have higher revenues. Additionally, tech companies with more women are more likely to: stay on schedule, remain under budget, and have enhanced employee performance. These are just a few of the many proven advantages that arise when more women and girls are included in STEM and ICT.

“I grew up watching the first astronauts land on the moon and was inspired to learn that the work of women mathematicians, engineers and computer scientists was critical in getting them there,” shares Simonetta di Pippo, Director of the United Nations Office of Outer Space Affairs (UNOOSA).

Following in the footsteps of her heroes, Ms. di Pippo studied astrophysics and become an integral part of international space affairs and a leading voice for women in STEM and ICT. And while her organisation has activated the Space for Women Programme in the hopes of mentoring and inspiring the next generation of girls to be leaders, there is still an astonishing lack of global effort from many leaders, industries, academic institutions and organisations.

So, what’s stopping the rest of the global community from actively investing more time, resources, and energy towards this issue?

According to Susanna Solis, Member of the European Parliament (EP), Member of the EP FEMM Committee, and former mechanical engineering student there is no time like the present to address this issue. In fact, the COVID-19 pandemic has provided a powerful reminder:

“This crisis has highlighted even more that the world is becoming increasingly dependent on technology and if women do not take part in this evolution, we will leave half of the population behind.”

In a meaningful video  message to girls around the world on the International Day of Girls in ICT, Ms. Solis continued to emphasise the necessity of multilateral action and underlined that there is no time to waste:

“This day is a fantastic opportunity to break the gender stereotypes associated with technological areas.”

The lack of widespread action that targets the specific barriers and biases that girls face surrounding STEM and ICT in both formative education, and as young women in early career stages, is preventing lasting progress from being made. A problematic shortage of recognition in traditional and social media is worsening the situation. In order to move forward, the international community must address the root causes of women’s absence in STEM and ICT. This begins with girls and young women, as they embark on their academic journeys.

Studies show that girls perform similarly or better than boys in science in two out of every three countries and that they are sufficiently prepared to excel in university level STEM classes, yet young women are pursuing higher education in STEM, and,  subsequently, STEM careers, at much lower rates than men.

Lorenna Santos Vilas Boas, #Girl2Leader Delegate, Young Ambassador and Ambassador of the Northeast of Brazil Conference, who currently studies electrical engineering, noticed these differences during her own educational journey:

“I first came into contact with this universe of technology at the age of 6, when the school I attended started a project that encouraged students to develop initiatives that applied robotics to the solution of social problems. It has stayed with me throughout my life. Still, in high school, I decided to teach robotics in public schools and develop projects in the field of technology and innovation, particularly in assistive technology to support people with visual impairments and navigate internal environments. That’s when I started to participate in Science and Engineering fairs, which have decisively transformed my worldview and uncovered a disquieting trend, which is the reality of gender inequality in STEM.”

Data collected by the Program for International Student Assessment (PISA) and the George Lucas Educational Foundation indicates that a combination of heightened anxiety, decreased levels of motivation and low self-esteem, compounded by gender stereotypes, leads girls and young women to doubt their abilities in STEM and ICT, even though they score similarly to boys and young men.

Later on, even for women who successfully pursue an academic career in STEM and ICT, myriad challenges await upon entering the workplace. Not only are women who obtain STEM degrees less likely to work in STEM jobs than their male counterparts, but more than half of women working in STEM leave for other careers, and almost one third of that number do so within the first year.

A lack of crystallized female identity in STEM and ICT as well as the absence of accessible mentorship and exposure to hidden biases, hostile work environments, and feelings of inadequacy, make it exceedingly difficult for girls and women to enter and remain comfortably in STEM sectors.

That’s why Lorena Santos Vilas Boas is dedicating her time and energy to encourage girls and young women like her to pursue their passions and offers recommendations from them to use right away:

“Today I work to end such inequality, also in the role of Ambassador of AMD Code. I’d like to call on girls to benefit from websites that teach programming, such as Code.org.”

If the global community were not in the midst of fighting the most dangerous pandemic of the twenty-first century, then, of course, more events would have convened for Girls in ICT Day, 2020. Understandably, plans have been adapted and events have been postponed or canceled. Nevertheless, WPL and women leaders around the world are taking matters into their own hands on this International Girls in ICT Day, 2020. The global community must look to women in all sectors of STEM and ICT who are raising awareness surrounding this issue at a time when access to social media is more important than ever before.

The world may seem as though it’s at a standstill, but there is still the opportunity to enact transformative change. Watch these women’s full video statements and get inspired.