Women’s participation should not be anemic in peacekeeping 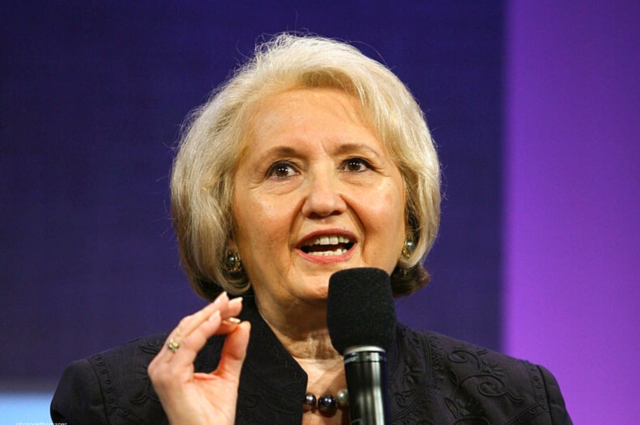 “One of the hugest problems (that) we’ve got to overcome are these mindsets, norms, deeply entrenched cultural practices (and) biases, conscious or unconscious…” says Melanne Verveer, Executive Director of the Institute for Women, Peace and Security at Georgetown University and the United States Ambassador-at-large for Global Women’s Issues (2009-2013), in her conversation with WPL President and Founder Silvana Koch-Mehrin on the International Day of UN Peacekeepers.

In the fight to achieve equality and advance women’s leadership at all levels of peace and conflict resolution processes perceptions of women in military engagement have to change as well as the notion that women have to prove themselves in this arena.

Discriminatory structures within peacekeeping troops, decision-making groups, and overarching operational mechanisms make it difficult for women to access leadership positions, despite their qualifications.

Additionally, it is in the global community’s interest to include more women in peacekeeping as decision-makers. As Ms. Koch-Mehrin noted, research has proven that the inclusion of women in leadership positions, particularly for peacekeeping processes but beyond as well, would have a tangible positive impact across dimensions.

“We’ve got a growing evidence-based case that demonstrates very clearly, with all kinds of data, about the effective outcomes that come out of this (including women in leadership positions)…” Ambassador Verveer agreed. Nonetheless, only 5% of armed peacekeeping forces are women and 11% of policing forces are women. According to Ambassador Verveer, this in itself is an improvement, however, these numbers demonstrate just how much work remains to increase women’s involvement in peace and security.

Not only did this conversation is relevant when reflecting on the International Day of UN Peacekeepers; the larger discussion finds more meaning in relation to the twentieth anniversary of the landmark United Nations Security Council resolution 1325 on women, peace and security. The lack of widespread and long-term improvements since the resolution was implemented twenty years ago, led both women to identify which barriers have been preventing greater progress and what needs to be done to dismantle these rooted obstacles.

As Ambassador Verveer explained, a central barrier to UN peacekeeping troops and inequality between women and men, in particular, is that the countries providing the troops are themselves “anemic” in women’s participation in national armies. This assessment is merely one example of how profound the inequality between women and men in peace and security.

“Men never have to prove themselves in this space, but for some reason, women have to confront a wholly different standard,” Ambassador Verveer revealed. And the standard that women are expected to meet, is one that they have exceeded in the field as frontline workers in conflict situations and are surpassing now, more than ever, as a majority of health workers battling an enigmatic pandemic alongside other variations of warfare.

“The peacekeepers, who are all about civilian protection, need to know: what are the early warning signs?…and women, time and again, in these situations have established close relationships with communities. Trust relationships. Confidence relationships. And they are playing an important role.” Ambassadors Verveer’s poignant remarks reflect not only the abilities of women leading in peacekeeping, but of women as leaders across sectors in healthcare and politics.

Currently, the global community is witnessing the same type of leadership Ambassador Verveer described from women political leaders in particular: a leadership that listens and a leadership that is consultative. This is one of the aspects of female leadership that makes women successful in uniting and communicating with communities in times of crisis.

“In some of the darkest times in history there have been opportunities for change…” Ambassador Verveer’s words ring true on this International Day and for an international global community that is at a tipping point: either we can move forward and address the structural inequalities that have been holding us back from achieving more sustainable peace and future or we can return to the cycles of bias and injustice.

Now is the time to seize change and advance women’s leadership and equality in both peacekeeping and beyond.

Ambassador Verveer is the Executive Director of the Georgetown Institute for Women, Peace and Security, an academic institute that seeks to enhance national and global security by documenting the crucial role women play in peace-building and security.

Melanne Verveer previously served as the first U.S. Ambassador for Global Women’s Issues, a position to which she was nominated by President Obama in 2009. In that role, she directed the Office of Global Women’s Issues and she coordinated foreign policy issues and activities relating to the political, economic and social advancement of women. She was also appointed by the US president to serve as the U.S. Representative to the UN Commission on the Status of Women.

Previously, she was the Chair and Co-CEO of Vital Voices Global Partnership (2000-2008), an international NGO that she co-founded with Hilary Clinton to invest in emerging women leaders. During the Clinton administration, she served as Assistant to the President and Chief of Staff to the First Lady. In this position, she played an important role in the development of the President’s Interagency Council on Women.

Melanne Verveer serves as the Special Representative on Gender Issues for the OSCE Chairmanship, and she is part of the Boards of the National Endowment for Democracy, the Atlantic Council, as well as the World Bank Advisory Council on Gender and Development. She is also a member of the Council on Foreign Relations and the Trilateral Commission.