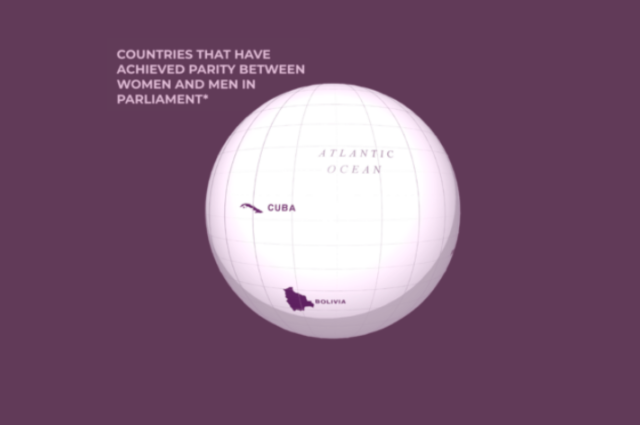 Developed by the Reykjavík Global Forum – Women Leaders and powered by McKinsey & Company, the Women’s World Atlas 2021 (WWA) is a striking graphic illustration of the progression (if any) toward achieving parity between women and men in leadership across a variety of sectors.

While inequality is gradually being reduced in politics, countries have moved backwards in achieving actual parity between women and men in Parliaments. And while we continue to see improvement in women’s participation in tertiary education, as well as significant progress in the percentage of women in management positions, progress has been (and remains) glacial in terms of women on the boards of the largest publicly listed companies. Nevertheless, to effectively build forward, all these changes should be positively pronounced – which is why the WWA will continue to illustrate the pressing need for actions to realise equality between women and men.

The WWA also points to the ongoing need for all those in leadership positions – women and men – to Power, Together and bring equality between women and men to their respective sectors.

To understand what’s wrong in the world, there’s no better way than to visualise it. Take a look at the Women’s World Atlas here.