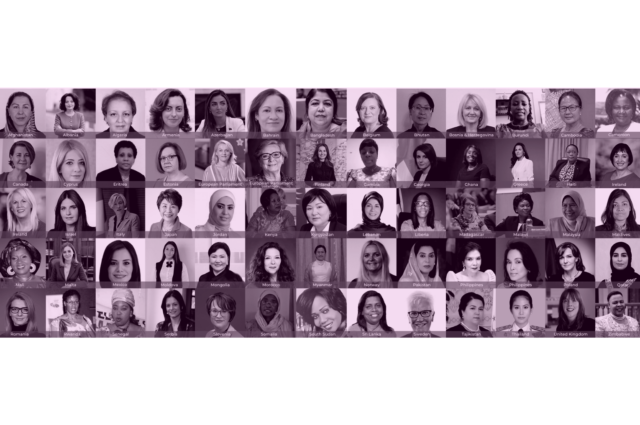 How to build back better to a new normal where women in political leadership is no longer the exception.

As part of the Reykjavik Global Forum – Women Leaders 2020, Women Political Leaders has convened its community of WPL Country Ambassadors for a private discussion on how to build back better in a post-pandemic world. Learn more about their views and their experience in this article collating their way forward. 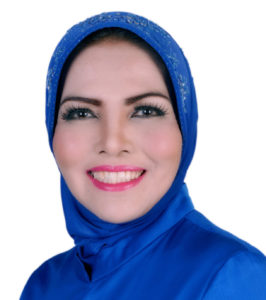 Dr. Nurhayati Ali Assegaf (Member of the WPL Board, former WPL Ambassador, current Vice Chairwoman of the Partai Demokrat of Indonesia, and President of the Geneva Council for International Affairs and Development) chaired the session, guiding talks on how to envision and approach improved societal reconstruction, and how to achieve a new normality where women in decision-making leadership positions are no longer an exception but the rule, and equality between women and men is everywhere assured. 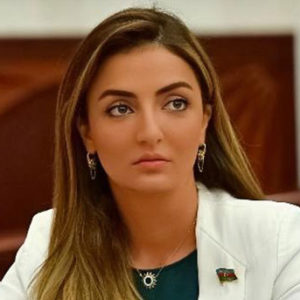 Key points raised by the political leaders in attendance underlined how women have been disproportionately affectedby the COVID-19 pandemic. Numerous legislative measures have been put forward seeking to mitigate the consequences of this disruption. Konull Nurullayeva, Member of the Parliament of Azerbaijan, spoke on how her country has “dedicated budgetary allocations to ensure an increase in gender mainstreaming  professional areas.” This government has also provided social aid funds to low-income families and training to make people aware of differences among genders. about gender. 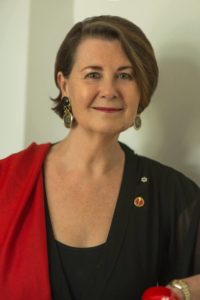 Marilou McPhedran, Member of the Senate of Canada, spoke of her nation’s feminist foreign policy but acknowledged that women and youth are still the hardest hit.

Senator McPhedran conveyed that recovery efforts must have a special focus on women (“she-covery”, as she termed it) and that, with the deepening possibility of economic recession, special attention must be given to the disproportionate burden on women in general (“the she-cession”).

During the course of the pandemic, reported cases of domestic violence against women 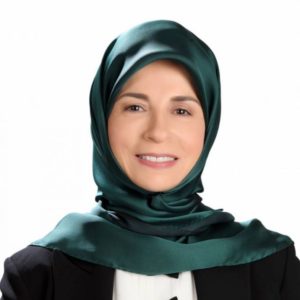 have spiked alarmingly. Inaya Ezzedine, Member of the Parliament of Lebanon, suggested that “we have to work harder on a legislative network that has an aim of protecting women, especially after seeing [current] levels of domestic violence and sexual harassment.” Violence against women politicians has also apparently escalated during the COVID-19 crisis in some countries. 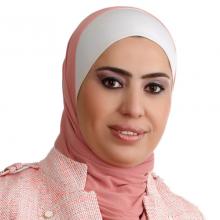 Wafa Bani Mustafa, former Member of the Parliament of Jordan and Chairperson of the Coalition of Women MPs from Arab Countries to Combat Violence, spoke of the need to combat violence and harassment against female politicians. As a legislator, she helped to form “a national team to combat political violence against women. We drafted an action plan for the team, and we also drafted a guide on combating violence against women in politics” in both Arabic and English. This guide is set to be launched on The International Day for the Elimination of Violence against Women. 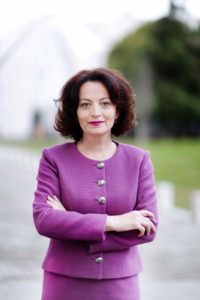 For such policies to bear fruit and endure, according to Eglantina Gjermeni, Member of the Parliament of Albania, we need to see an “increase of women’s participation at decision-making levels. This is very important […] for representing women’s needs and interests, and to make politics and policy-making gender-sensitive.” She concluded by restating the necessity of legislators coming together and championing initiatives that demand genuine support from governments around women’s needs.

Violence against women has clearly increased during the pandemic, and so has the economic toll on women. Crises are never gender-neutral, and COVID-19 has proven 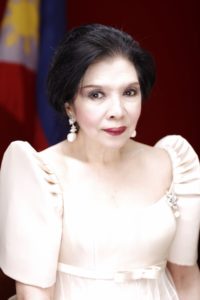 that women are more economically vulnerable than men. Rose Marie J Arenas, Member of Parliament of the Philippines, commented on how “there are women who carry a burden triple [that of] their male counterparts,” given that women earn less than men, and suffer higher unemployment, while many work in informal sectors, with less access to social protections. Women are also more likely to take on unpaid domestic and care work, regularly requiring them to drop out of the paid labour force.

Olga Kefalogianni, Member of the Parliament of Greece, agreed and added that 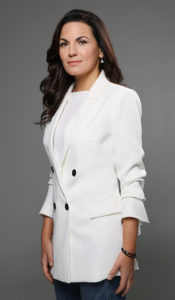 “women are more likely to have fewer hours of employed work, or [work with] no contract.” Women meanwhile represent 70% of workers in the health and social sectors, thus facing a considerably higher risk of contracting the virus themselves; and yet they are generally paid less than their male counterparts.

“On the one side, they have to deal with the pandemic; at the same time, they are [the ones] most affected by it.”

Acknowledging that women have played a pivotal role in the health sector, especially during 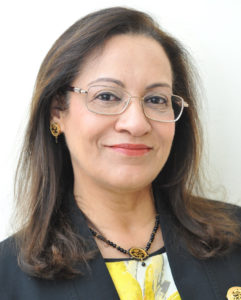 the pandemic, Dr. Ebtesam Al Dallal, Member of the Parliament of Bahrain, addressed female leadership in her country’s health-care sector, where women comprise 93% of workers. As a result, the Prime Minister has “launched innovative and creative awards […] for women doctors in Bahrain.” With such a significant proportion of women workers, female leadership is being strongly encouraged in the country, and eventually, “the great example of women’s leadership in health will be applied in other fields in Bahrain”.

The COVID-19 crisis has slowed the progress already made in empowering women to reach higher decision-making echelons. The WPL Country Ambassadors unanimously agreed that, now more than ever, it is essential that tools and policies be developed to bring about greater equality in a post-pandemic world. Also touched upon was the need to include programmes and schemes to empower girls to become interested in entering the political arena. 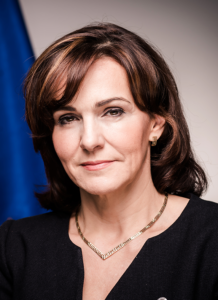 Gabriela Morawska-Stanecka, Deputy Marshal of the Senate of Poland, suggested that perhaps “we have to change education to show young girls and women that they can do it, they can govern, they can be active and successful.”

Donatille Mukabalisa, Speaker of the House of Representatives of Rwanda, noted the necessity “to educate young girls and build their capacities and skills.” Speaker Mukabalisa also mentioned the role that political parties can play in encouraging 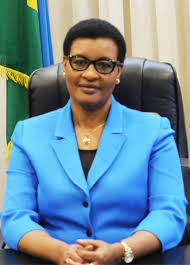 more women into politics: “We need to encourage women into political parties. In some countries, women tend to stay away from parties, as it is something ‘for men’. But parties can provide an important platform to leadership positions… We can have ambitious policies, but nothing can be achieved if we don’t have the participation of men. We have to ensure that we have the same understanding of things.”

Also reflecting on how to encourage more women into positions of political leadership, 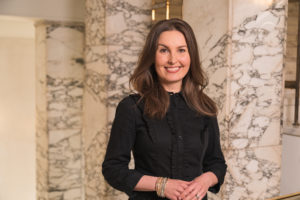 Eeva Kali, Member of the Parliament of Finland, reminded us that even when women are in top positions of political power (Finland’s head of state is the world’s youngest female Prime Minister, leading a coalition headed entirely by women), “we cannot take this for granted. It needs constant work to encourage and empower women to take part in politics at all levels. At the moment, the proportion of women is at its highest in the Parliament. We have 94 out of 200, so 47%. When looking at proportions at local and regional levels, we [still] have a lot to do to encourage women to be involved.” 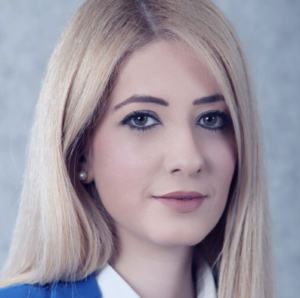 One short-term solution to help bring a balanced number of women into politics (and keep them there) is the adoption of quotas, as suggested by Annita Demetriou, Member of the Parliament of Cyprus. “Although highly contested, the adoption of quotas can be a temporary solution for achieving balanced gender representation. We need to build a society that is inclusive, more sustainable, neutral, and beneficial to all genders.”

“Women’s issues do not only concern women; they are at the heart of sustainable development for any society. This is the only way women will get merit and a place in the decision-making of all sectors.” – Inaya Ezzeddine, Member of the Parliament of Lebanon