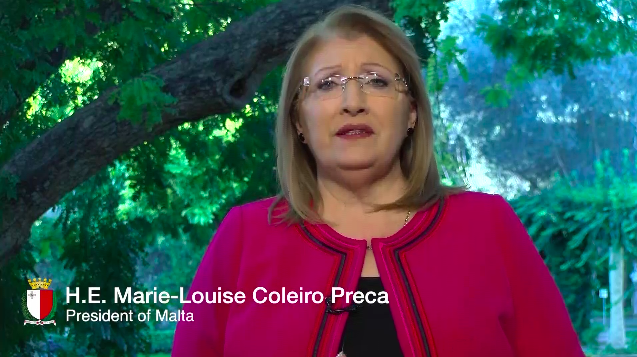 Have you ever imagined what a world with balance between women and men would look like? H. E. Marie Louise Coleiro Preca invites you to join the International Women’s day 2019 and #BalanceforBetter campaign launched by WPL.

Take a picture and share your vision of a world where balance between women and men is the rule, and not the exception.

On the International Women’s Day (IWD) 2019, WPL joins the worldwide celebrations of women’s achievements and encourages women politicians around the globe to share their view of a balanced world, where women and men have the same rights, possibilities and opportunities.  WPL marries the IWD theme #BalanceforBetter because only with a better balance, we can build a better world.

“The International Women’s Day 2019 is an occasion to emphasise that women’s rights are human rights,”  says H. E. Marie Louise Coleiro Preca, President of Malta, who has already contributed to the WPL initiative. The President encourages other female leaders to join the campaign, by answering the question What does a world with balance between women and men look like to you?

Joining the WPL campaign is the occasion for your vision to become the destination for a balanced world and the opportunity to reaffirm the “essential need for equity and equality” as H.E. Marie Louise Coleiro Preca points our in her call-to-action video.

Watch the President of Malta’s call to action:

It was 1911 when the first International Women’s Day occurred. Back then, it was supported by one million people. More than one century after, the 8th of March is celebrated around the world. In 2019, WPL joins organisations globally in order to drive the change towards a better balance for a better world and to celebrate the role of extraordinary women in advancing society.