WPL at the launch of #DigitalRespectforHer: Tackling Online violence against women 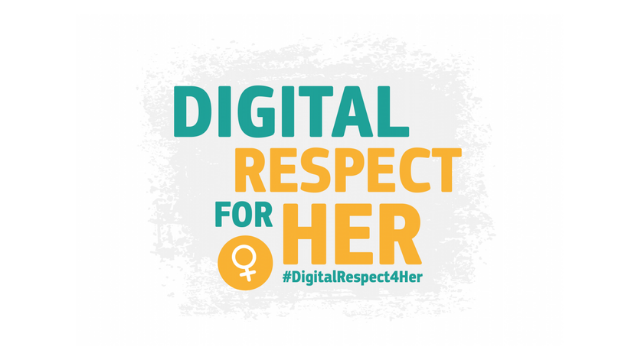 95% of all aggressive and denigrating behaviour online is aimed at women. Compared to men, women are 27 times more likely to be abused online. Almost 50% of the respondents to the survey run by WPL and Harvard University’s John F. Kennedy School of Government in 2016 – from every country, background, age, position and party – have received insulting or threatening comments about women’s ability and/or role. We are inclined to think of cyber violence as a personal attack, instead, facts show the structural and endemic nature of this form of violence against women in politics and society.

On the 15th of April 2019, Women Political Leaders joined the European Parliament and the European Commission in Strasbourg, France, for the launch of the campaign #DigitalRespectforHer, aimed at raising awareness on online violence against women and promote good practices to tackle this issue.

The message of all participants was clear: Online abuse hurts: cyber-violence against women needs to be addressed in order to raise awareness, now!

“It does something to you when every day you get those threats on social media or on different platforms. Everybody could speak about it, but it’s something that one does not want to do, because you put yourself out as a target even more. We are a community, we need to reinforce each other,” said Silvana Koch-Mehrin, President and Founder of Women Political Leaders. “Let’s ensure women occupy the place in society and in politics they deserve. Let’s not shy away, let’s capitalise on the experience of those women politicians who succeed in responding to cyber violence. They can act as role models, to share their responses, in particular with the young generations of female politicians, which are even more exposed to cyberviolence as most active users of social media.”

If we keep on conveying the message that cyber violence is a personal attack, we are diminishing the problem. There is an urgent need to mobilise the public and private sectors to establish concrete strategies aimed at stemming the rising tide of online violence against women. Women Political Leaders is willing to contribute to this process through its networks of female politicians and young leaders.

Find more about the campaign here. 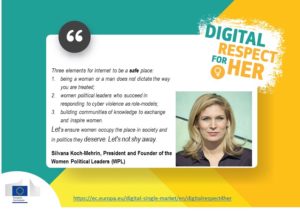