2020: Pushing back a stereotyped version of leadership in crisis response 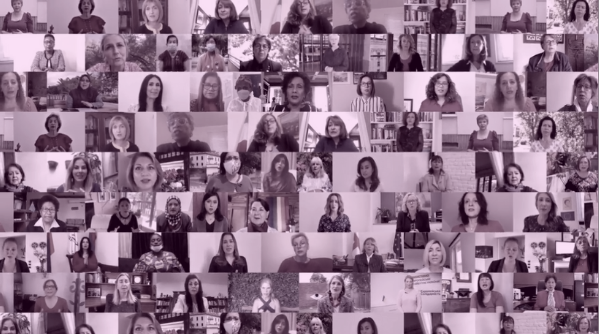 World Health Day on April 7th was a sobering occasion on which to celebrate the Healthcare Heroes, both visible and behind-the-scenes, fighting COVID-19 as well as the long-term battle for more inclusive and sustainable healthcare systems. WPL was among the first to decry the absence of women healthcare leaders in the media spotlight: Where were the female Health Ministers, Parliamentarians, and other politicians as continual broadcasts painted a stereotyped version of leadership in crisis response? Beyond their work as nurses and midwives, women were (and are) spearheading the fight against COVID-19 as doctors, researchers, epidemiologists, and public officials, meanwhile facing disproportionate social, economic, and health risks.

In May, on International Nurses’ Day in the International Year of Nurses and Midwives, WPL curated a talk with political leaders involved in healthcare to raise visibility and awareness of women’s roles in the COVID-19 response. Overcoming obstacles to better leadership was among the many issues underscored.

In a world increasingly influenced by images and social media, WPL sees it as an obligation to ensure that women leading the charge and fighting the pandemic be given full and proper exposure. In this regard, WPL joined the World Bank Group and the Parliamentary Network on the World Bank & IMF to amplify the voices of female Parliamentarians from around the world. Women Presidents and Parliamentarians were featured in a series of videos, making vital decisions every day as they defend and improve the lives of people and communities, all the while upholding democratic principles which might have easily been jeopardised by emergency measures. The videos realised have been circulated on various platforms through the year portraying a different perspective on women leadership during the pandemic.

In June 2020, as the global community sought to improve decision-making and to promote best practices in virus testing and de-confinement, the G20 Health and Development Partnership and FIND, an assembly of the global testing community, joined forces with WPL to convene former Prime Ministers Aminata Touré of Senegal (2013-2014) and Gro Harlem Brundtland of Norway, also a former Director-General of the WHO, along with distinguished women leaders in science and health, to drive critical international discussions on the future of testing and frontline defences against COVID-19.