WPL at the Generation Equality Forums 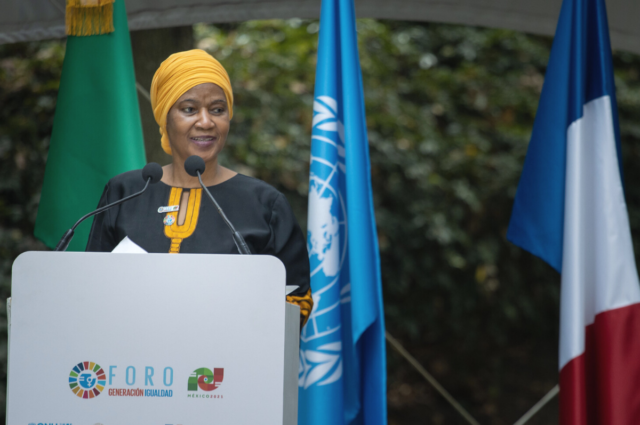 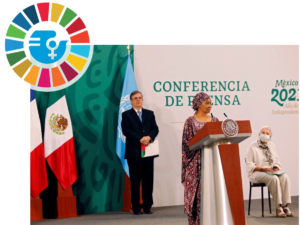 Convened by UN Women and co-hosted by the governments of Mexico and France, the Generation Equality Forum (GEF) brought together governments, corporations and change makers from around the world to define and announce ambitious investments and policies aimed at driving urgent action towards equality. As one of the co-leads of the Action Coalitions, Women Political Leaders (WPL) will contribute to the game-changing efforts undertaken by Generation Equality and mobilise its network of women leaders to contribute to the implementation of the Action Coalitions Global Acceleration Plan.

Encompassed in two bold commitments, WPL will drive profound and sustainable change toward a society where women’s leadership and equal participation and influence are the norm.

In the next 5 years, WPL will forge multi-stakeholder partnerships and work with its network of women politicians to drive legislative and societal change. Particularly, WPL commits to: 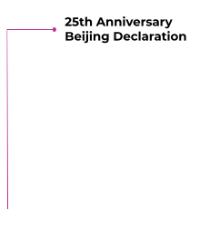 The Generation Equality Forum is launched within the frame of the Beijing +25 review process which took place from March 2019 to September 2020. Over twenty-five years after the historic Fourth World Conference on Women and the adoption of the Beijing Declaration and Platform for Action, the Forum reaffirms the value of multilateralism and calls on leadership and participation to drive transformational commitments towards equality 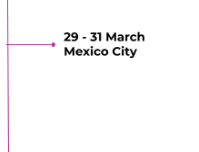 The Generation Equality Forum kicks off in Mexico City, bringing together WPL advocates and leaders from across the globe to foster action and renew movements for equality. WPL Ambassadors and patrons of the Reykjavík Manual participate in the Opening Session,

highlighting the shocking findings of the Reykjavík Index and the once-in-a-decade opportunity to catalyse long-term change for women and girls. 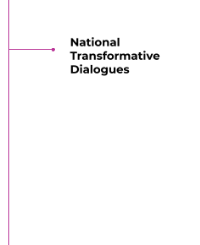 Building up to the Generation Equality Forum in Paris, WPL co-hosts National Transformative Dialogues in six countries that are not currently part of the Action Coalitions but represent important global constituencies. The dialogues successfully generate commitments that aim for legislative and social change within the countries. 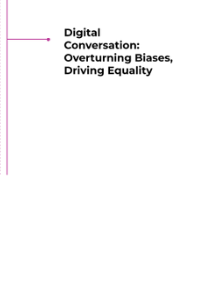 WPL, GWL Voices, and the 30% Club join their voices in the lead-up to the Generation Equality Forum in Paris

On May 13, in the lead-up to the Generation Equality Forum in Paris, Women Political Leaders, GWL Voices, and the 30% Club brought together their networks of women political, institutional, and corporate leaders for a discussion to mobilise transformative commitments to advance gender parity in decision-making and leadership. Entitled, Overturning Biases, Driving

Equality, the roundtable presented a number of tangible initiatives that have been successful in dismantling barriers to equality in leadership, also putting forth concrete actions that both the public and private

sectors can undertake. The panelists inspired a new wave of fortified commitments that can help move society forward, highlighting opportunities for leaders worldwide to create real and meaningful change.

The Generation Equality Forum in Paris concluded with concrete commitments made by governments, the private sector, civil society, and other global changemakers to accelerate equality between men and

women. The Forum’s success included close to $40 billion pledged in new investments, as well as ambitious policy and programme commitments. 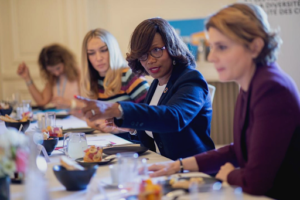 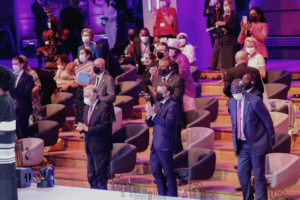 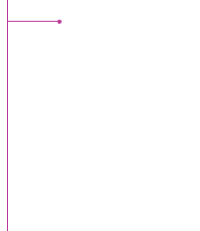 transformative commitments as one of the co-leads of the Action Coalitions. 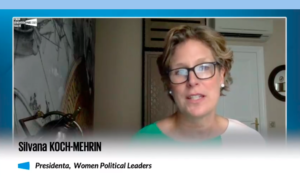 “There are way too few women in politics. The network of  WPL can develop mechanisms to promote women as leaders in political spaces and to help create the pathways for them to become political power players.”

WHAT’S NEXT FOR THE DECADE OF ACTION?

The Action Coalitions are bringing together governments, women’s feminist and youth-led organizations, international organizations, foundations and businesses to drive change. Through the Global Acceleration Plan, inclusive of all six Action Coalition Blueprints, WPL contributes to the over 95 Action Coalition leaders that will drive concrete and transformative. Change that accelerates progress in the 2030 Sustainable Development Agenda.

As Commitment Makers report on their progress, UN Women will monitor advancements towards Action Coalition targets, and together diverse stakeholders will measure the collective impact of the Action Coalitions on the lives of women and girls. Action Coalitions will also evaluate the extent to which they are implementing processes that contribute to transformative change, by attending to inequalities in power among and between leaders and taking concrete steps to address them.

Women Political Leaders is honoured to be among the 1,000 global commitment makers of the Generation Equality Action.

WPL commits to mobilise and resource women political leaders and decision-makers in up to 50 countries to drive the tangible legislative and societal transformation towards Generation Equality objectives. Read More