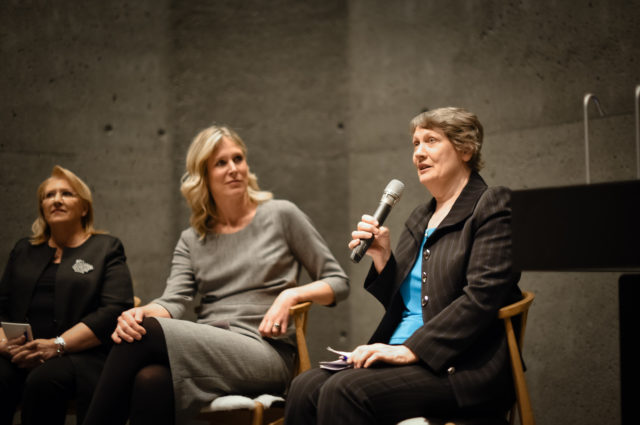 Helen Clark served as the 37th Prime Minister of New Zealand. From 2009 to 2017 she served as Administrator of the United Nations Development Programme (UNDP). Prior to entering public life, she taught in the Political Studies Department of Auckland University in New Zealand. She has been ranked among the world’s 25 most influential women by Forbes.

In addition to her impressive career, here are five things you might not know about Helen Clark:

1. She is the daughter of a farmer

Helen Clark was brought up on a farm near the North Island city of Hamilton, by her parents George, a farmer, and Margaret, a primary school teacher.

2. She is not the first female Prime Minister of New Zealand. But she was the first elected.

In 1999, Helen Clark was elected Prime Minister of New Zealand, following Jenny Shipley who had served as Prime Minister for two years. With now three women (out of 40) Prime Ministers in its history, the country holds the global record for female prime ministers. New Zealand was also the first country in the world where women gained voting rights in 1893.

3. She was the first and only female Administrator of the UNDP.

During the UNDP’s over-half-a-century history, Helen Clark was the first woman to become the Administrator. Throughout her eight years at the UNDP, Clark committed herself to making it a highly transparent and accountable organisation. She focused her advocacy on the needs of the marginalised around the world, promoting the rights of women, LGBTI, refugees and migrants, and people with HIV and AIDS. She worked in areas such as environmental protection, climate action, disaster risk reduction, and democratic governance. She has been a strong advocate for implementation of the Sustainable Development Goals.

4. Jacinda Ardern was on her staff.

After graduating from university, Jacinda Ardern, the current Prime Minister of New Zealand, worked as a researcher in Clark’s office. What does Helen say about Jacinda now? “Jacinda Ardern shows that no doors are closed to women.”

The film, released in 2017, follows Helen’s candidacy for the post of UN Secretary General. “This film,” said Clark, “conveys how tough it is to break the remaining glass ceilings. May it motivate future generations of women to keep at it!”

Helen Clark is highly engaged in issues across sustainable development, gender equality and women’s leadership, climate action, health and drug policy, open government, and peace and justice. “WPL is proud that powerful and iconic Helen Clark serves on its executive board,” says Silvana Koch-Mehrin, President and Founder of WPL.