WPL Awards recognise and celebrate the achievements of leading women politicians or countries, whose leadership represents and inspires change. Practice examples are more convincing than words and encourage others to follow the success path. 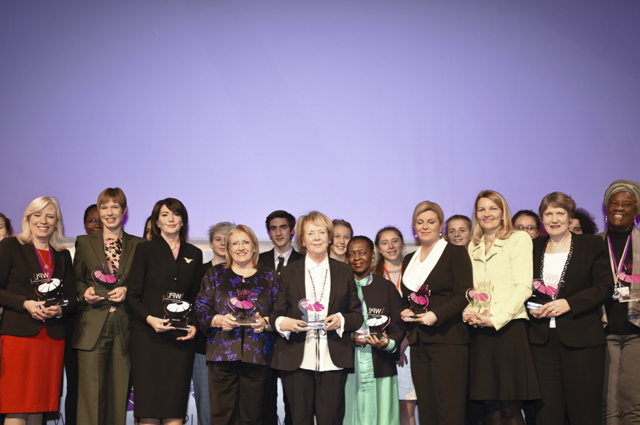 WPL Awards are prestigious recognitions to women political leaders and countries who have made strides toward a society where balance between women and men in politics is the reality. WPL Awards celebrate the dedication of those who succeeded with their perseverance in changing the rules of the game.

Given to outstanding female politicians who have shown with their work that it is possible to break the glass ceiling and ensure women have the place they deserve in politics.

The WPL Trailblazer Award is presented to incumbent and former women Presidents and Prime Ministers for breaking political glass ceilings and reaching the highest echelon of political leadership.

Based on the annual ranking of the World Economic Forum’s Global Gender Gap Report and the Inter-Parliamentary Union‘s ranking of Women in Politics, the WPL Country Awards acknowledge countries for their political empowerment of women, and countries which show regional leadership in closing the gap between women and men in politics. The aim is to inspire other countries to lead by the same example. The Index featured in the Global Gender Gap Report assesses 135 countries, representing more than 93% of the world’s population, on how well resources and opportunities are divided among male and female populations.