MEASURING PERCEPTIONS OF EQUALITY FOR WOMEN AND MEN IN LEADERSHIP

The Reykjavík Index for Leadership 2020 finds enduring prejudice against women as Covid-19 exacerbates inequalities. The Index measures how people feel about women in power. It measures the perceived legitimacy of male and female leadership in politics and across twenty professions, as well as how men and women differ in their views, and the extent to which men and women are viewed equally in terms of suitability of individuals for positions of power.

The annual Reykjavík Index for Leadership research, now in its third year, finds that as the world grapples with the devastating impacts of COVID-19, society has not become more progressive in how it views men’s and women’s roles. This is despite widespread global movements calling for greater equality between men and women. 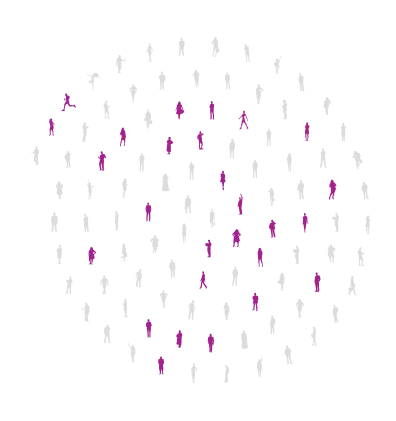 Despite the pandemic, the 2020 research was carried out in G7 countries as well as India, Kenya and Nigeria. Among the findings:

Across the G7, there are wide disparities in how women and men view the suitability of women for leadership roles. As disheartening as this is, I am encouraged by tools such as the Reykjavík Index for Leadership which help us identify the countries and sectors where the equality challenges are the greatest. By measuring the challenges, we are better equipped to develop meaningful solutions to close the equality gap. 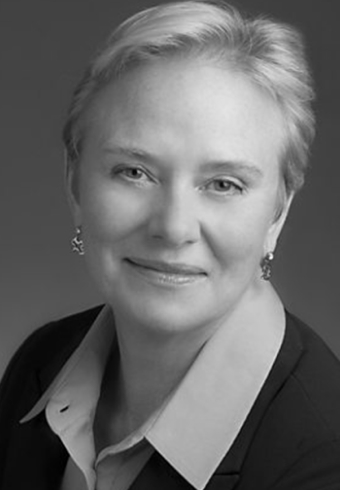 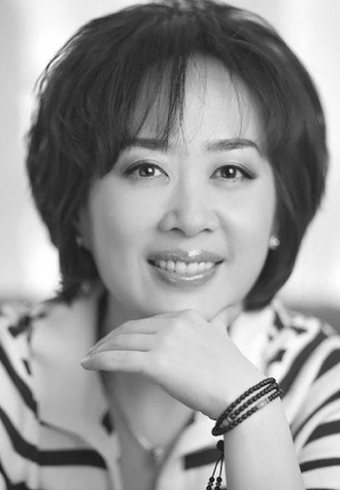 The Reykjavík Index for Leadership shows that women in the G7 are more likely than men are to view women and men as equally suitable for leadership roles. It echoes the historic opportunity facing women to stand out and shape the future of mankind in the digital era. This dissonance is something we need to work on to drive the change towards parity.

The Reykjavík Index sheds a light on the gender gap in leadership and on the gender stereotypes that hold us back; individually, societally and economically. Gender equality doesn’t happen by chance, we need to take action towards it. Governments and businesses can lead the way. 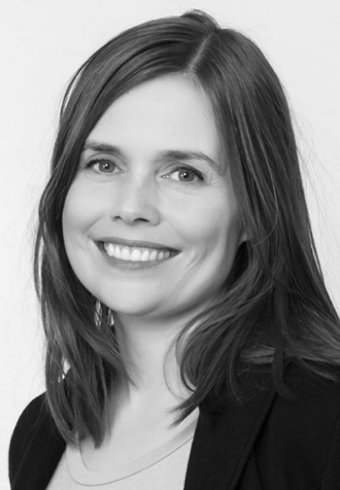 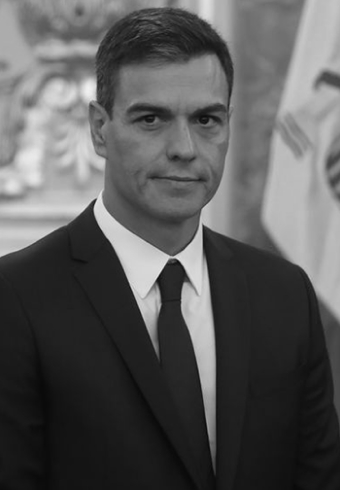 It is great to see an Index documenting everyday beliefs and behaviours related to leadership in the G7 countries. I am looking forward to seeing the findings about the perception of women leaders also in Spain.

It is useful to see how perceptions of leadership differ across geographies and sectors. As the Index makes clear, we still have progress to make everywhere. 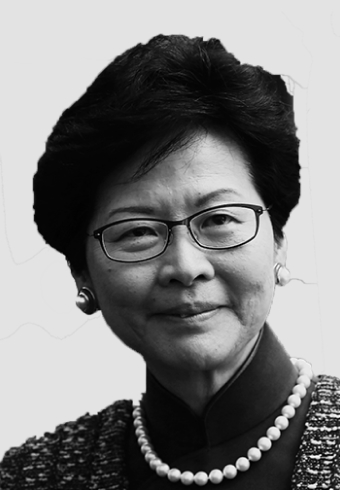 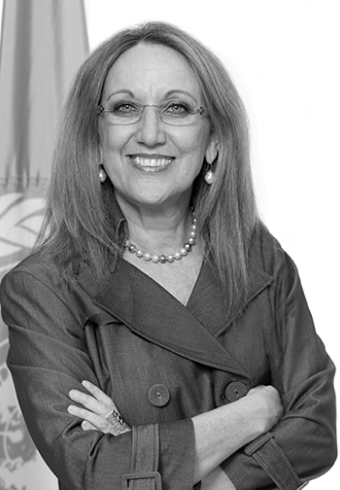 The Reykjavík Index for Leadership will help us monitor the very real but often invisible barriers and obstacles that women face in breaking the glass ceiling. By measuring perceptions over time, the index will help us assess and understand the social norms that limit women’s access to positions of leadership and power.

It is our goal to reach Index scores of 100 – an indication that there is complete agreement that men and women are equally suited to leadership across the economy, and a tangible sign of progress towards equality at work, at home and in society. We believe the Reykjavík Index for Leadership will support the endeavours to get there. 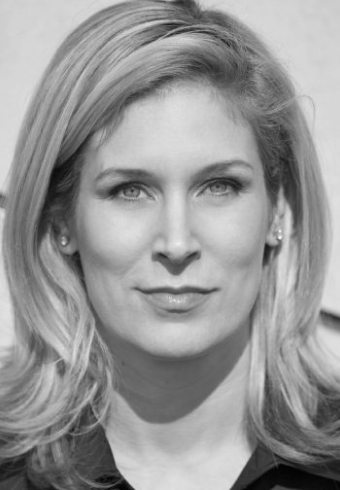 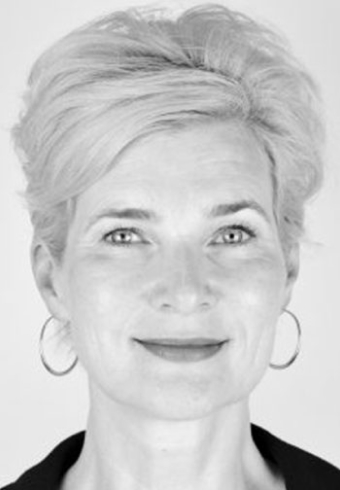 The Reykjavík Index for Leadership is the first of its kind, both to understand the progress we are making in terms of the perceptions of the suitability of men and women for positions of leadership and power – and for how this is working across the private and public realm. We hope it will be a significant contribution in terms of understanding our current position and driving positive change for the future.

The Index was launched at the Women Leaders Global Forum, held in Iceland 26- 28 November, 2018. The 2018 Forum witnessed the launch of the Reykjavik Index. The index measures how people feel about women in power, it subsequently went on to be selected #BestofDavos at this year’s World Economic Forum Annual Meeting in Davos.

This year, Michelle Harrison, Global CEO of Public Division at Kantar, presented updated findings on the perceptions around women leadership not only in the G7 nations of Canada, France, Germany, Italy, Japan, the UK and the USA, but also in Brazil, China, India and Russia.

The Index measures the perceived legitimacy of women or men in positions of leadership in politics and professions. Government/politics, Entertainment/media and Tech/AI shape our perceptions of gender and the findings from the Index are instructive. The 2019 Reykjavik Index for Leadership for the G7 is 73. Canada and France have the highest Reykjavik Index (77), followed by the USA (75) and the UK (73). Italy has the lowest Reykjavik Index (68), followed by Germany (69) and Japan (70).

Japan, Germany and Italy sit in fifth, sixth and seventh places respectively in both 2019 and 2018. However, the Index for all three countries has
increased between 2018 and 2019, by three points for Japan and Germany, and by five points for Italy.

Among the additional countries studies for this report, India (67) and Brazil (66) have a relatively high Reykjavik Index for Leadership, while Russia (53)
and China (48) have a relatively low Index (Figure 3). The Indices for India and Brazil are broadly in line with those for the lower-scoring G7 countries (Italy 68, Germany 69 and Japan 70), while those for Russia and China are much lower.

Women are more likely to perceive men and women as equally suited to leading an organisation in all the 22 sectors covered in the 2019 survey – the proportion of women who think both are just as capable of taking the lead, is between seven and 12 percentage points higher than the proportion of men.

Reykjavik Global Forum – Women Leaders  is where women leaders discuss and share ideas and solutions on how to further advance society, increase equality between women and men and promote and positively develop the number of women in leadership positions.

Kantar is one of the world’s leading data, insight and consultancy companies. Working together across the whole spectrum of research and consulting disciplines, its specialist brands, employing 30,000 people, provide inspirational insights and business strategies for corporations and governments in 100 countries. Kantar is part of WPP and its services are employed by over half of the Fortune Top 500 companies. For further information, please visit us at

Kantar Website
Manage Cookie Consent
To provide the best experiences, we use technologies like cookies to store and/or access device information. Consenting to these technologies will allow us to process data such as browsing behavior or unique IDs on this site. Not consenting or withdrawing consent, may adversely affect certain features and functions.
Manage options Manage services Manage vendors Read more about these purposes
View preferences
{title} {title} {title}