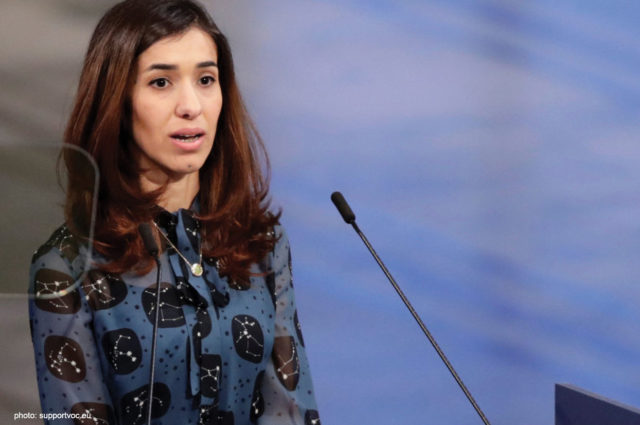 Human trafficking is a global issue. Increases in organised crime and the development of international criminal networks ensure the continued exploitation and abuse of vulnerable populations across the globe. According to the United Nations Office on Drugs and Crime (UNOCD), human trafficking is almost always linked to organised crime. In fact, alongside the illicit trade of firearms, drugs and more, human beings are being used as products of criminal commerce. This phenomenon is not particular to a single region either.

To understand the multidimensional consequences of human trafficking and how to meaningfully address this international issue, WPL is joined by Nadia Murad, Founder and President of Nadia’s Initiative, UNODC Goodwill Ambassador for the Dignity of Survivors of Human Trafficking and 2018 Nobel Peace Prize Laureate. 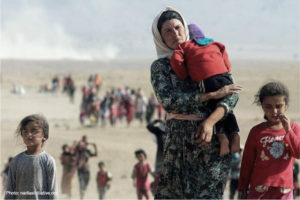 The fact that many well-known examples of human trafficking have occured in areas that are also experiencing other types of violent conflict, may leave the faulty impression that trafficking is only prevalent in places affected by crisis. Numerous organised networks of human trafficking continue to profit from the exploitation of vulnerable groups in many regions of the world, including Europe.

The support and voices of the international community are thus integral to helping survivors of sexual violence and human trafficking around the world.

“Politicians have the power to keep these issues on the international agenda and to enact laws to hold perpetrators accountable and protect survivors. Where there is a political will, there is a way.”

It is critical that once these issues make their way onto international agendas that they remain there. Ms. Murad relays how the world listened and watched in horror when 6,000 Yazidi women and children were kidnapped and forced into sexual slavery, but:

“Six years later, over 2,800 of those women and children are still missing. The world is no longer listening and watching.” 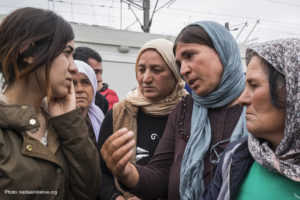 Repairing the deep-seated damage inflicted on survivors of trafficking and sexual violence requires an empathic, supportive and comprehensive response. This is why Nadia’s Initiative is survivor-centric. Such a response is

“both informed and led by survivors of genocide and sexual violence. In a post-conflict region like Iraq, survivors need to play an active role in the peace-building process. Their participation promotes a bottom-up approach to sustainable development in the region…”

Ms. Murad’s “bottom-up” approach to helping rebuild communities and empowering survivors of sexual violence reflects the “the ongoing needs of the communities we serve…” She also notes that top-down approaches have failed time and time again to comprehensively address the needs of survivors; focusing on long-term sustainability and community building when addressing sexual violence is a must.

“It is essential that survivors of sexual violence lead and inform the programs that benefit them. Survivors know best what they need to heal and recover. Efforts to engage survivors at every level of their recovery serve to empower them, restore their agency, and reestablish a sense of community.” 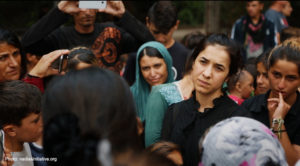 In addition to putting survivors at the heart and centre of the recovery process, Ms. Murad also advocates putting more women in leadership to help not just treat the symptoms of sexual violence, but the causes as well.

“Having women in more leadership roles, such as presidents, members of Parliament, leaders of INGOs and NGOs, etc. is critical to shifting the global narrative around gender equality and empowering women and girls. When more women are in decision-making positions, policies and legislation often reflect needed changes to ensure the protection and promotion of women’s rights.”

However, true systemic change will require more, including education reform.

“Education is the key to addressing the root causes of sexual violence and to ending practices of toxic femininity and masculinity. If these issues are addressed from a young age, we will begin to see a world where women will occupy positions of power at the same rate as men and will know that they too belong in those spaces.”