End hunger by protecting the land where it can be grown 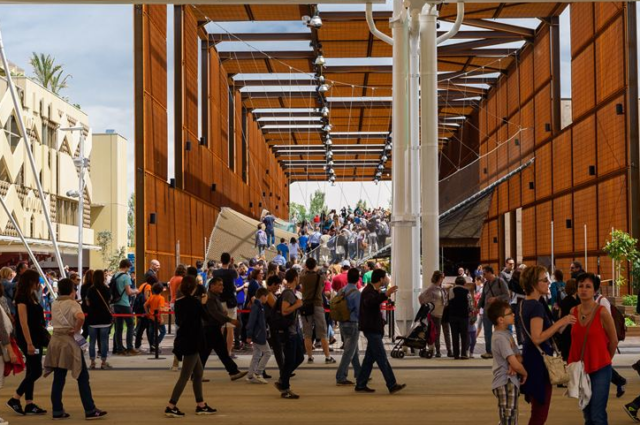 Linda Lanzillotta, Vice President of the Senate of the Italian Republic and WIP Ambassador, contributed to the The Huffington Post’s series “What’s Working: Sustainable Development Goals” . The proposed set of milestones for achieving sustainable development will be the subject of discussion at the UN General Assembly meeting on September 25-27, 2015 in New York.

The below article addresses SDG 2 (End hunger, achieve food security and improved nutrition, and promote sustainable agriculture), which is also linked to the theme of the Expo Milan 2015 “Feeding the Planet”. There, on October 13, WIP is co-hosting a meeting of female MPs together with the Italian Senate and the Italian Chamber of Deputies. This meeting will focus on fight against food waste, nutrition and women in agriculture.

The crucial challenge post-2015 will be feeding and nurturing the planet. Hunger, malnutrition and the illnesses that they generate, destroying entire generations of children, are precisely what determine wars and the enormous flows of refugees and immigrants.

This is no longer, as many have claimed for too long, merely a “problem for poor countries.” On the contrary, it is now abundantly clear that this is one of — better yet THE — primary global issue, the consequences of which will have radical effects on the political, economic and social growth of developed countries.

Guaranteeing access to food and water as a universal right means guaranteeing a balanced development of the land in which agricultural and environmental resources are developed, preventing them from being taken away from the population and, as a consequence, impoverishing local economies and/or irreversibly altering local ecosystems. We have even seen an example of the economic — and first and foremost social value — of taking back control of land, removing it from various powers (sometimes illegal powers) in Sicily. There, cooperatives of young people have worked together to create small agricultural businesses focused on cultivating land that has been confiscated from organized crime, and which the Italian government then decided to entrust to these cooperatives for agricultural production.

This is a way to demonstrate that the fight against illegality, taking back territories and fostering agricultural micro-businesses can provide future perspectives for economic growth and employment that stitch the social fabric back together and halt an exodus from areas that would otherwise fall victim to poverty, unemployment and dependence on criminal powers.

Therefore, we need to return to the very roots of life in order to create the general conditions for justice, and make other objectives achievable for balanced, sustainable growth identified by the United Nations. Science and industry need to invest in order to make sure that — in countries that suffer from poverty and endemic malnutrition — the technologies and achievements of science in the agricultural and medical sectors are utilized for food production, the extraction and gathering of water, and for the production of renewable energies. All of these tools are indispensable for agricultural development and the survival of mankind and animals. This must be accompanied by sustainable financing in the form of microcredit (which women have already utilized in various countries, with excellent results) that supports the creation of small local businesses capable of jumpstarting a virtuous economic process (To this end, please see the commitments included in the Carta di Milano, or Milan Charter).

SDG 2 is closely connected with SDG 5, which aims for global growth in the role of women; this is indicated not merely as an objective for justice and non-discrimination between people of different sexes, but also as a means through which to overcome the gender gap, a driving factor toward sustainable development. This is because women are bearers of a vision that looks to the future, a sensitivity to care and nutrition; because they are the vehicle through which to educate future generations about the culture of sustainability, the fight against food waste, the drive for healthy eating and the cure of illnesses through taking medicines (for example vaccines) that are often refused by populations in poor countries. In economic areas, women are more oriented toward long-term and non-speculative investment, and in finance they have only a modest propensity for risk. For all these reasons, giving greater power to women in strategic roles in large global companies and in major scientific research can help contribute to modifying the existing hierarchy of priorities.

“Feeding the Planet” is the theme of Expo Milan 2015. There, on October 13, the Women in Parliament network will meet to discuss this theme, which blends two of the post-2015 SDG objectives: female empowerment and the fight against hunger and malnutrition.