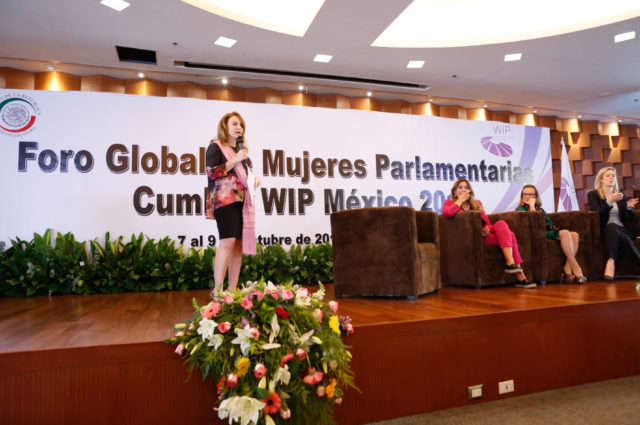 The WIP Mexico Summit (7-9 October 2015), co-hosted by the Women in Parliaments Global Forum (WIP) and the Mexican Senate, will mark the 40th anniversary of the First World Conference on Women.

With a Constitutional reform in 2014, Mexico enshrined gender equality and women’s empowerment in its highest legal framework. The amended Constitution now obliges political parties to respect the principle of gender parity in the composition of candidates’ lists for elective office. This meeting will be a great opportunity to celebrate the first results of the reform, shortly after the country’s legislative elections.

The WIP Mexico Summit will also address crucial issues such as the Post-2015 development Agenda and the implementation of the Sustainable Development Goals, and seek strategies to improve women’s representation in the Media.

As in previous meetings, WIP is pleased to provide the platform for discussion and exchange of ideas between female Parliamentarians and leaders from around the globe, with the collaboration of international institutions such as UN Women and the World Bank.

All pictures will are available here.