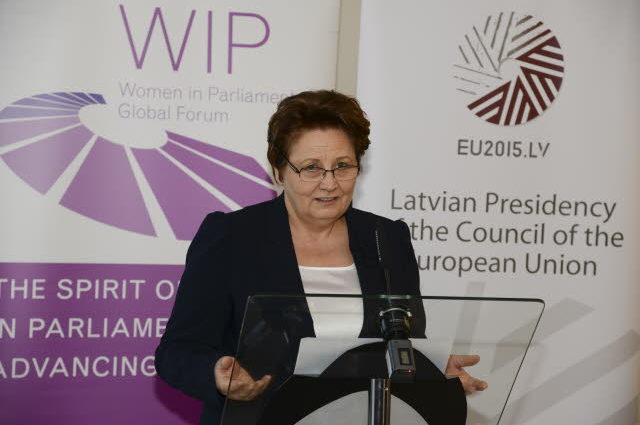 The Latvian Prime Minister has called for greater female leadership in Europe, at today’s EU Women Caucus’ meeting in the European Parliament. During the session “Lessons from Latvia: Women in Leadership”, hosted by the Women in Parliaments Global Forum (WIP) and the Latvian Presidency of the Council, Laimdota Straujuma has highlighted the need for more women in politics.

The 2015 Latvian Presidency has made gender equality one of its priorities, as well as being a major focus in development cooperation policy and the European Year for development.