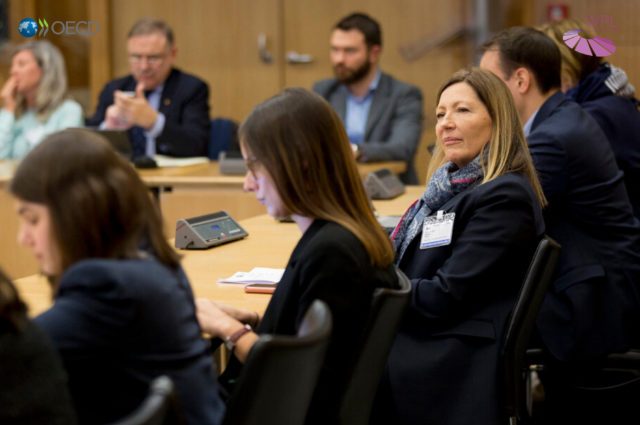 In less than two decades, leaders have come to rely on the web and social media in particular for their communications. This is true nowhere more so than in politics. The opportunity for politicians to engage directly and immediately with constituents means people are connected to politics in unprecedented ways. This brings many new benefits to politicians. It also brings risks.  For women politicians, the risks are even greater than for their male counterparts. According to a recent report  by the United Nations, 95% of all online aggression or insulting behaviour is directed at women.

On 24 February 2020, WPL and OECD co-hosted the session “Making the web a safer place for women”, a gathering of female politicians, in cooperation with Facebook, to share their experiences and discuss best practices in terms of safety and security online.

In this session, women politicians described personal experiences of the good and the bad. A representative from Facebook shared best practices for mitigating the risks, turning challenging situations into opportunities, and leading through constructive dialogue.

“I have personally received hate speech on Twitter and on Facebook regarding my appearance and my family,” said Maria Spyraki, Member of the European Parliament (MEP) from Greece, of experiences common to women in politics.

Nodding in agreement, Lina Gálvez Muñoz, who was elected to the European Parliament from Spain in 2019, said, “I’m new to politics, and have started to receive hate speech.” The effect, she said, is that she feels she cannot be as free with what she posts as she was before entering politics. “I have to be more careful about what I write.”

Yet all the politicians who spoke shared the view that, as Shandana Gulzar Khan said, “Certain things should not be tolerated.” The Chairperson of the Commonwealth Women Parliamentarians and a Member of the National Assembly of Pakistan, emphasised that it should be fair to attack ideas, but not people.

They called on the major online social media platforms to take their share of responsibility to address the problems of hate speech, cyberbullying, defamation, and misinformation.

Elisa Borry-Estrade, a representative of Facebook’s Politics & Government team, described the community standards and various policies that her company enforces to reduce the risks. Some of this is encouraging users to report abusive practices when they see it. But she also described technological solutions the company employs, such as Artificial Intelligence (AI). “AI now detects and removes from Facebook 80% of hate speech before anyone even reports it,” said Borry-Estrade.

Following a lively discussion that also included interventions from women Parliamentarians ranging from Sweden to Zimbabwe to Lebanon, a consensus emerged that the online platforms must continue to proactively seek solutions, and that Parliamentarians themselves must also remain vigilant. As MEP Spyraki said, “We need legislation, we need to break stereotypes. Our job is leadership.”

There is an inclination to believe that online abuse or attacks are personal. But the discussions at the WPL-OECD session as well as the findings of a survey conducted by Women Political Leaders and Harvard University’s John F. Kennedy School of Government show that cyber violence is a structural and endemic phenomenon and targets women.

How can the message be conveyed that this is not a personal problem, but more a structural one? According to Silvana Koch-Mehrin, President & Founder of WPL, “Encouraging, networking and campaigning could provide some key elements of an effective strategy.

Pictures related to the session are available here.
share