PRESS RELEASE: Female MEPs to host teenage girls at the European Parliament for the International Day of the Girl as a part of the global #Girl2Leader campaign 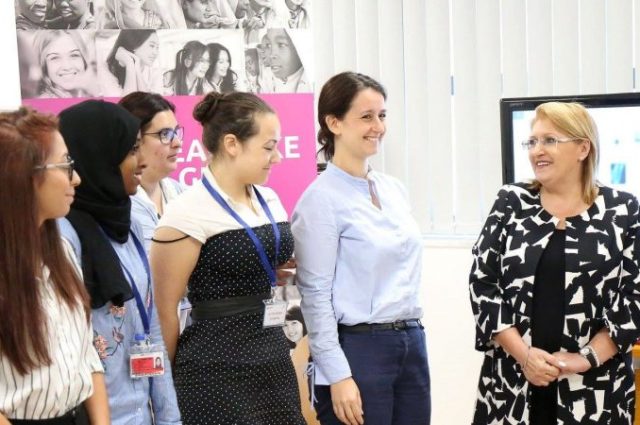 12 female MEPs will host an event as a part of a global campaign, taking place on five continents, led by the Women Political Leaders Global Forum (WPL) and aimed at encouraging teenage girls to consider a future in leadership.

Social media will play a crucial role in extending the campaign’s reach, as politicians and girls use the hashtag #Girl2Leader on Twitter, Facebook and Instagram to share pictures and videos of the events happening simultaneously around the world.

“The world needs the precious participation of all our women and girls, alongside men and boys,” said the patron of the campaign, H.E. Marie-Louise Coleiro Preca, President of Malta. “In this way, we shall be creating the kind of future that we will be proud to hand down to future generations.” Using the motto ‘Lead Like a Girl’, the initiative aims to motivate girls to step into politics, raising awareness on the important role of women in the political decision-making process and in the public sphere.

The campaign’s media partners include Euractiv and Deutsche Welle. Supporters of #Girls2Leader include YouTube Creators for Change and Facebook.