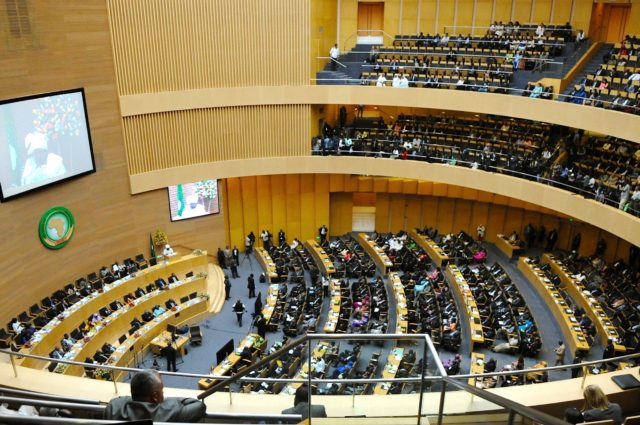 More than 400 female members of Parliaments and Governments will participate in the Women in Parliaments Global Forum (WIP) Summit 2015, from 23 to 25 March, at the African Union Headquarters in Addis Ababa, Ethiopia. The WIP Summit 2015 “New Leadership for Global Challenges” will focus on new leadership and innovative policies to address the major global challenges.

“In Parliaments where we have a critical mass of women, we are beginning to see a difference in the laws and policies that are passed. The key to a lasting betterment of our society lies in achieving greater female leadership,” highlights the Chairperson of the African Union Commission, Dr. Nkosazana Dlamini-Zuma, who will open the meeting on Monday 23.

The list of high-level speakers that will contribute to the discussions includes, among others, Irina Bokova, Director General of UNESCO, Zainab Bangura, Special Representative of the UN on Sexual Violence in Conflict, Rebeca Grynspan, Secretary General of the Ibero-American Secretary General, Thomas Gass, United Nations Assistant Secretary General and Neven Mimica, EU Commissioner for International Cooperation and Development.

The Agenda will feature plenary sessions on the post-2015 development agenda and the redefinition of leadership; parallel sessions on regional cooperation, health and education; working groups organised by international organisations such as the United Nations or the World Bank; and media training for female Parliamentarians.

Several countries will be awarded during the Summit with the WIP Awards 2015, which acknowledge the national efforts to empower women and close the gender gap in politics (based on the World Economic Forum’s Global Gender Gap Report).

Today, only 1 out of 5 members of Parliaments are women. This meeting will highlight the importance of diversity in leadership positions and seek strategies to increase the number of women in politics. The WIP/World Bank Study “The Female Political Career” will be presented during the Summit.

The WIP Summit 2015 is co-hosted by the African Union Commission and co-financed by the European Commission.

If you wish to cover the WIP Annual Summit 2015, please send the request to aretha@womeninparliaments.org indicating Name, Country and Media Outlet by 19 March 2015.