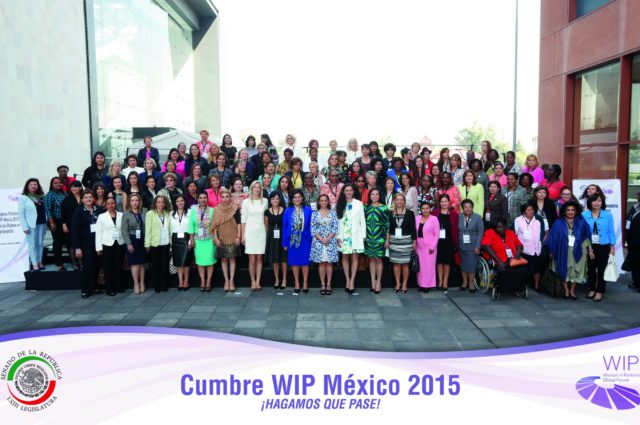 The WIP Mexico Summit 2015 “Make it happen!”, co-hosted by the Women in Parliaments Global Forum (WIP) and the Mexican Senate, has concluded after 3 days of exchanges on best practices to get more women into positions of influence and power. The Summit was held at the Ministry of Foreign Affairs of Mexico, from 7 to 9 October.

The United Nations Secretary-General Ban Ki-moon sent a message to the participants of the WIP Mexico Summit, delivered by Under-Secretary-General Susana Malcorra. Ban Ki-moon highlighted the importance of this forum and stressed that “we cannot achieve the newly adopted 2030 Agenda for Sustainable Development without full and equal rights for women and girls, in law and in practice”.

The exhibition “We need more Women in Parliaments and as political leaders because…” was also presented for the first time during the Summit. This WIP initiative aims to highlight the support of male Presidents and Prime Ministers around the world to increase the number of women in politics. 36 male leaders from across the world (Jean-Claude Juncker, President of the European Commission; Enrique Peña Nieto, President of Mexico; Paul Biya, President of Cameroon; Hwang Kyo-ahn, Prime Minister of Korea; John Key, Primer Minister of New Zealand…) have joined this campaign that will also be presented next year at the UN Commission on the Status of Women (CSW60) in New York.

The final report of the WIP Mexico Summit 2015 will be available soon.