WIP and the Mexican Senate announce the WIP Conference in Mexico 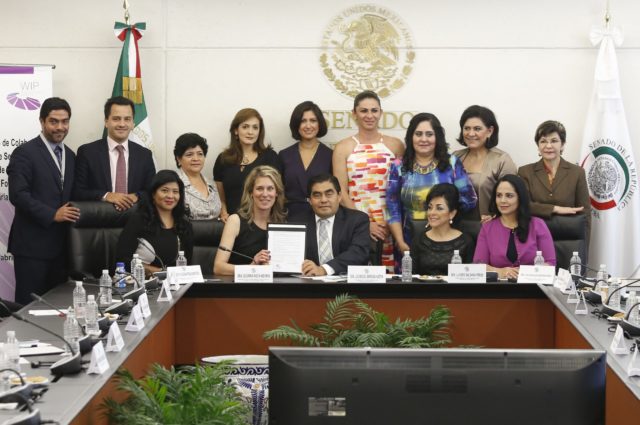 On 20 April, the Women in Parliaments Global Forum (WIP) and the Senate of the Republic of the United Mexican States officially announced the upcoming WIP Conference in Mexico, which will be held from 7 to 9 October 2015, in Mexico City.

During the Press Conference, Luis Miguel Barbosa Huerta, President of the Senate of Mexico, highlighted the need for gender equality in all modern societies.

With a Constitutional reform in 2014, Mexico enshrined gender equality and women’s empowerment in its highest legal framework. The amended Constitution now obliges political parties to respect the principle of gender parity in the composition of candidates’ lists for elective office.

Silvana Koch-Mehrin, Founder of WIP, stressed that the upcoming conference will be an excellent opportunity to celebrate the efforts of Mexico and other Latin American countries to promote women’s participation in politics over the last years.