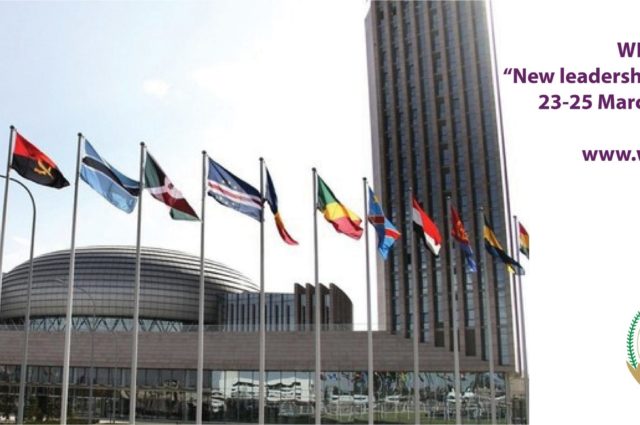 “New Leadership for Global Challenges” is the theme of the WIP Annual Summit 2015, co-hosted by the African Union and co-financed by the European Commission. It focuses on the need for leaders that are willing to work together, and share insights and innovations on how best to navigate the future. This is why special attention is given to the definition and implementation of international commitments which define our near future (post-2015 Development Agenda). The WIP Annual Summit 2015 celebrates the 20th anniversary of the blueprint for advancing women’s rights, the Beijing Declaration and Platform for Action, and will mobilise political will for the next steps.

Female Parliamentarians from around the globe are attending the WIP Annual Summit 2015. It presents a unique opportunity for conference participants to discuss the most pressing issues on the global agenda from a wide range of perspectives; and to take part in political dialogues that reflect the influence of female decision-makers in today‘s world.

The prestigious WIP Awards are presented at the WIP Summit 2015 to those countries, which are recognised for their political empowerment of women, and to countries which show regional leadership in closing the gender gap in politics. The awards are based on the rankings of the World Economic Forum’s “Global Gender Gap Report”, which are compiled in collaboration with the Harvard University and University of California, Berkeley.

The venue of the WIP Summit 2015 is the Nelson Mandela Hall in the Headquarters of the African Union. International Institutions such as the European Union, OECD, United Nations and the World Bank are integral part of the WIP Annual Summit 2015, and will provide Working Sessions. An interactive Media Training for female politicians is provided by Thomson Reuters.