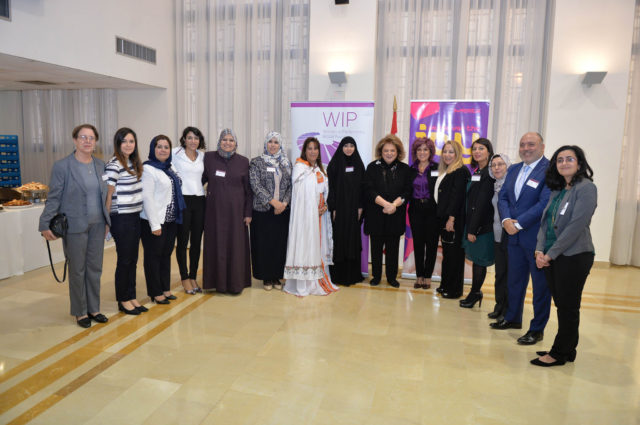 On November 28, the Women in Parliaments Global Forum (WIP) convened a group of female Parliamentarians from the Middle East and North Africa (MENA) in the Lebanese Parliament. This meeting, hosted by the General Secretariat of the Lebanese National Assembly, was the first regional meeting of the WIP Council on Health, supported by Merck.

The meeting focused on new strategies and policies to remove barriers to women’s health in the MENA region. The discussion revolved around five key areas, which are included in the Policy Toolkit “Healthy Women, Healthy Economy”: workplace health and safety, health access and awareness, sexual and reproductive health, gender-based violence and work life balance.

Participants discussed existing laws in their respective countries that address workplace health and safety concerns. In regards to health awareness, MP Bohar Sulaymani stated that in Iraq, there are numerous campaigns for health awareness raising, but not up to standard. Hassan Bibi (Merck) concluded that public-private partnerships are the main drivers to ensure awareness on diseases but in some countries this initiative fails because of the political culture.

Parliamentarians highlighted the importance of access to affordable sexual and reproductive health services, which leads to greater educational and employment opportunities for women and create greater economic security for women and their families.

MP Rafika Kesri informed that, in Algeria, 8000 cases of gender-based violence lead to death in 2016. MP Intissar Alkhatabi, on the other hand, brought up cases where violence is justified, encouraging women not to report. Laws that allow, for example, a rapist not to be prosecuted in case he proposes to marry the victim. ‘’We need to raise awareness of such practices and such laws in order to change the tradition and the mindset of the society’’, she stated.

Yasmine Rouai (Merck) introduced the topic of work-life balance, by highlighting the dual role that women play in businesses and homes. She stated the importance of cultural change where the role of a woman, both as a mother and as a worker, is accepted. This allows businesses to be more flexible in terms of working conditions.

It was concluded that there are common health issues in the MENA region but also very different ones. This discussion teased out those differences and similarities and shed light on the glaring gaps in laws in regard to access to health, legal age of marriage, nationality rights (women’s ability to pass citizenship to her child) etc. All these factors have enormous impacts on health. As there is no one size fits all approach, laws and policies must be carefully adapted to each country, especially since culture plays a crucial role in the MENA region.

The meeting was followed by a reception at the Lancaster Hotel in Beirut, where representatives of local and international organisations, such as United Nations High Commissioner for Refugees (UNHCR), United Nations Special Coordinator for Lebanon (UNSCOL), United Nations Economic and Social Commission for Western Asia (UN ESCWA) and National Democratic Institute (NDI), joined the female Parliamentarians.

Pictures of the event: http://www.womeninparliaments.org/media-feed/wip-council-health-meeting-beirut