WPL and Concordia: A Deep Dive Into this Year’s Programming Partnership 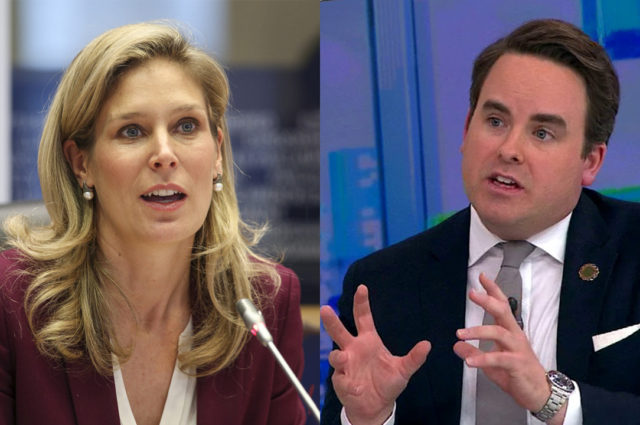 We recently sat down with WPL Founder & Former Vice President of the European Parliament Silvana Koch-Mehrin and Concordia Co-Founder, Chairman & CEO Matthew Swift as they shared how the two organizations will elevate the voice of women’s expertise and leadership across sectors through action-oriented programming, starting at the 2018 Concordia Annual Summit.

SILVANA, WHAT ROLE DO YOU THINK A PARTNERSHIP BETWEEN WPL AND CONCORDIA PLAYS IN MAKING WPL’S GOALS A REALITY?

Partnerships are key for WPL’s mission of increasing the number and influence of women in political leadership positions. Concordia has developed a significant convening power during the UN General Assembly, and beyond. The focus on public-private partnerships that Concordia demonstrates is specifically relevant for WPL

MATT, HOW DOES A PROGRAMMING PARTNERSHIP WITH WPL FIT INTO CONCORDIA’S GENDER PARITY & INCLUSIVE DIVERSITY PROGRAMMING PIPELINE? WHAT ARE YOU HOPING TO ACHIEVE THROUGH THIS PARTNERSHIP?

There are many women’s organizations out there today, but what stood out about WPL is that it actively promotes women in politics, women in government, and women in leadership. To me, having a body that focuses in these areas, and that crosses over partisan politics, is absolutely crucial. There are many women’s groups that have a political bend, and that’s a mistake because there are women of all political stripes. I believe that if your objective is to help promote women, then that is all it should be. WPL is engaging different women leaders all around the world and bringing them to one collective place, which I think is incredibly powerful.

SILVANA, WHAT OBSTACLES HAVE YOU OVERCOME WHILE REALIZING WPL’S MISSION TO DEMONSTRATE THE IMPACT OF MORE WOMEN IN POLITICAL LEADERSHIP?

An important obstacle is the perception of what makes a typical politician. Usually this perception does not increase the attractiveness of politics as a life choice for many men, but even more so for women. To underline that change, WPL launched a campaign featuring over 70 male heads of state and government, sharing their personal view on why we need more women in political leadership. Among them are Canada’s Prime Minister, Justin Trudeau, who states in the WPL campaign, “When women engage in the political process, societies thrive and prosper,” and Rwanda’s President Paul Kagame, who says “Gender equality ultimately benefits everyone in society, therefore it must be a shared responsibility.”

MATT, HOW WILL THE ANNUAL SUMMIT LAY THE GROUNDWORK FOR TANGIBLE CROSS-SECTOR ACTION IN THE GENDER PARITY SPACE?

Firstly, Concordia holds the largest summit during the UN General Assembly, bringing together leaders in businesses, NGOs, and governments. Secondly, there certainly is one noticeable theme in the world today: there are not enough women in leadership positions. Concordia is taking the proactive step of partnering with WPL to host sessions that convene leading figures to not only talk about women, but to have women leaders talk about policy and issues that affect women worldwide. This is a powerful demonstration in this space, and hopefully other organizations will follow suit

HOW DO YOU SEE THE OUTLOOK FOR GENDER EQUALITY IN POLITICS SHAPING CONCORDIA’S WORK?

I think gender parity will have nothing but a positive impact on Concordia’s work. By being a platform that is inclusive and that promotes women leaders, Concordia will have a profound impact in this space. I’m very proud of this partnership with WPL and of Concordia’s work on women’s empowerment and gender parity, but I would like to be clear: Concordia does more as an organization than help women by talking about issues with women leaders rather than simply talking about women’s issues. We will continually strive to do more by elevating women as they share their visions and experiences, than we can by merely discussing issues that women face

SILVANA, HOW DO YOU THINK THE POLITICAL AND SOCIAL LANDSCAPES REGARDING WOMEN IN LEADERSHIP WILL CHANGE OVER THE NEXT 10 YEARS? WHAT DOES THAT MEAN FOR WPL?

The World Economic Forum’s Global Gender Gap Report predicts that it will take more than 200 years until women and men have equal rights and opportunities. To change the current political power landscape—with 93% of the world’s presidents and prime ministers, and almost three quarters of elected representatives, being men—it is essential that more women run for office. It’s encouraging to see more women than ever before being candidates in the United States! As well, women will increasingly compete for the real power positions, for example being in charge of finance, defence, foreign affairs. There is, however, no reason for complacency. What we need to make sure is that young women and girls aspire to join politics, and change policies. WPL promotes this through the #Girl2Leader campaign and introduces the future leaders to current, inspiring women leaders.