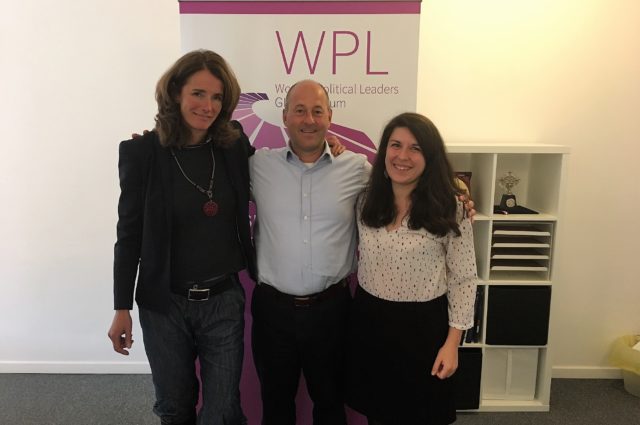 Following the brand enhancement made public in February, the Women Political Leaders Global Forum (WPL) now announces the hiring of three new directors. The three new senior members will respectively be responsible for conferences and campaigns, partnerships and programmes.

In making the announcement, Rick Zedník, Chief Executive Officer, said: “WPL is expanding its activities. It is natural that we extend our capabilities. With these three additions to the team, we gain experienced professionals who bring skills that enhance WPL’s ability to deliver leading initiatives and events to leading politicians and partner organisations. This will be especially evident later this year, when we launch Girl2Leader, and convene our Annual Global Summit in Iceland. We’re thrilled to welcome Léa, Ross and Bettina to the team.”

Léa Charlet, Conferences and Campaigns Director, will manage WPL’s Annual Global Summit in Reykjavik, among other conferences. She has planned and coordinated many successful conferences for a range of institutions, organisations and companies. As an example, she led a pan-European campaign targeting young voters during the 2014 European Parliament elections with AEGEE-Europe. Originally from Versailles, she graduated in comparative public law at La Sorbonne and in European Studies at l’Institut d’Etudes Européennes de Bruxelles, focusing her thesis on gender equality in the political and economic sphere.

Ross Melzer, Partnerships Director, will lead WPL’s relations with strategic partners in the private sector. Ross is a dual citizen from Australia and the UK with more than 25 years’ experience in the world of international media. Before joining WPL, Ross worked in Brussels at EU affairs media Euractiv and policy media Science Business. Previously, he worked at The Wall Street Journal Europe and had senior management roles at the Financial Times in London and Paris and Time Magazine in Germany. Ross holds a BA Hons degree in European Languages and Politics from Coventry University and an MBA from CASS Business School.

Bettina Appel, Programme Director, will, among other responsibilities, coordinate the launch of Girl2Leader, WPL’s initiative bringing adolescent girls together with female Parliamentarians around the world. Bettina is from Germany and has more than two decades of experience in the fields of communication, media and events. She is part of the external speaker’s team of the European Commission. Bettina holds a master in political science and communication from LMU Munich.

The three new team members join WPL’s Brussels secretariat, which is composed of a highly international and multilingual staff coming from six continents. More information about the team can be found in this link: https://www.womenpoliticalleaders.org/about/team/ 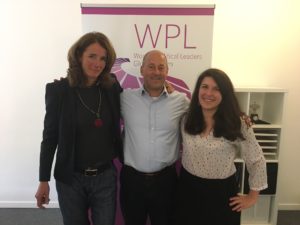 In the picture: Bettina Appel, Ross Melzer and Léa Charlet